How will the Age of a Child Play a Role in my Custody Agreement in Orange County?

Can I lose custody of my children if I have been charged with domestic violence?
Making Decisions About Your Upcoming Divorce in Orange County

Will the age of the child play a role in how the judge determines custody in Orange County?

How will the Age of a Child Play a Role in my Custody Agreement in Orange County?: The age of a child may play a role in your custody agreement, whether it is determined through mediation, collaborative divorce, by a judge or on your own. When a judge approves an agreement, he or she will consider several factors in order to determine whether the custody agreement is in the best interest of the child, and whether it should be signed into an order.

The best interests of a child can vary by age, and that is why custody orders generally need to be modified every 2-3 years. In California, when a child reaches 14 years, he or she may have the option to state, in court, his or her preference in the arrangement. 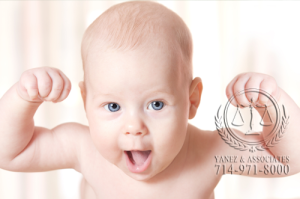 If parents of toddlers are divorcing or separating, the way these toddlers understand and deal with the divorce can be emotionally stressful for both parents and children. Children who are five years old or younger will likely require extra time with parents, attention, and reassurance of stability in order to successfully handle the changes in their life.

Children this young will usually not have a say in the parenting and custody plan for their family. At this stage in life, parents, attorneys, judges, and other custody professionals can understand what is best for the child better than the child can. 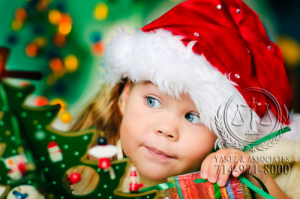 Custody of Toddlers  up to Three Years Old

Toddlers and Children up to Three Years Old

The needs at this age will determine the terms of the order. In order to help the child adjust to the new living situation, an order should allow the children to have the following needs met by both parents.

• They should have opportunities to spend time with both parents;

• They should have minimal exposure to adult conflicts;

• Parents should be able to provide basic needs for the children, including food, shelter, love, and affection;

• they should feel soothed and comfortable with any and all caregivers, including family members, day care providers, and babysitters;

• Both parents should see the child daily, if possible;

• They should maintain a similar routine at both homes. 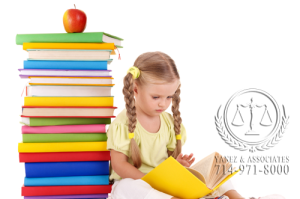 At this age, they still need a role model. They should know that both parents respect each other and that they both love and respect the child. They can reside primarily with one parent at this age, and spend about 30 to 40 percent of their time with the other parent. Another option at this age is to allow the parents to alternate time so that both can be actively involved in the child’s activities.

Because they may be in preschool or elementary school at this age, exchanges can occur at school, or activities outside of the home. Schedules should remain somewhat predictable for the child to maintain stability at this age. 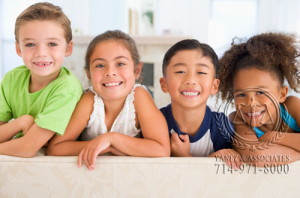 At this age, children are in school. They are beginning to see how they fit into social circles at school, a family at home, and teams or clubs in other activities. If the original separation occurs at this age, they may assume that it is their fault, and will need reassurance from both parents that the child’s family is still intact, but has changed.

Whether they spends the majority of his or her time with one parent, or spends relatively equal time with both, regular, dependable schedules are still important in the child’s life. 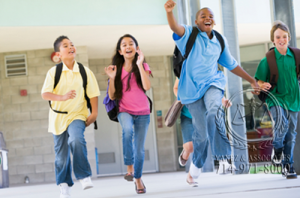 At this age, children enter puberty. They will need reassurance that the divorce or separation is not their fault, as well as encouragement to share their feelings in a safe space. If they refuses to see one parent, it is important to get professional help, and to ensure that the child has not heard one parent speaking negatively about the other.

In most cases, the they spends the majority of his or her time with one parent, but should still have relatively predictable scheduled time with the other parent. 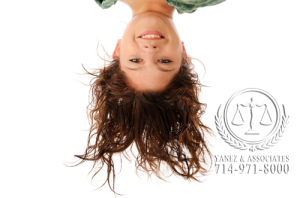 Parents of teens may face unique struggles, as children at this age are the most independent they have ever been. In California, children 14 and older may be able to have a say in their custody agreement, if they wish to. Children at this age may also wish to have a say in the modification of an existing order as well. In many cases it is easier for the child to spend the majority of his or her time with one parent, and see the other parent less often.

Teens need to feel comfortable expressing their feelings, and they should have a say in their own personal schedules. Maintaining similar discipline and routines in both homes can help stabilize the child’s life, even when he or she has to split time between both parents. 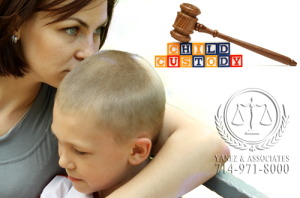 How is Child Custody Generally Determined in the OC?

Many factors are considered in a California child custody order, but the most important is to ensure the order is in the best interest of the child. As a child ages, his or her needs will change, and the child custody order will need to be modified.

There are two types of custody: legal and physical. Physical determines where they will physically spend his or her time, while legal determines which parent will make decisions regarding the child’s life, including religion, education, mental and physical health care, travel, and activities.

The judge can choose between joint physical and sole physical, as well as joint legal and sole legal. Just because one type of custody is joint or sole does not mean that the other one must be as well.

If one parent is awarded sole physical custody, the other parent will likely be awarded visitation rights.

Child Custody Attorney in the OC

If you have questions about how your child’s custody agreement will be determined, and how it will be affected by the ages of your children, it is in your best interest to work with a family law attorney in the OC who has experience working with children and families. Contact Yanez & Associates today for your free initial consultation.

How will the Age of a Child Play a Role in my Custody Agreement in Orange County?

Can I lose custody of my children if I have been charged with domestic violence?
Making Decisions About Your Upcoming Divorce in Orange County