Will my child be tried in Juvenile Court, Orange County CA?

When it comes to juvenile law in California, it is important to keep in mind that even though many of the crimes committed may be similar to those committed by adults, when a minor child commits a crime, the way that the law handles the situation and consequences that the minor may face are different from those that would apply to an adult. This is because the court recognizes that youth may affect a person’s judgment, and in many cases, the consequences that an adult would face are not appropriate for minors.

The idea behind the juvenile system is that offering rehabilitation to minors can be more beneficial to the minor and to the public than traditional consequences can. Parents and guardians are responsible for their children, including making decisions for the child’s life, so when it comes to juvenile crime, both family law and criminal law are involved. 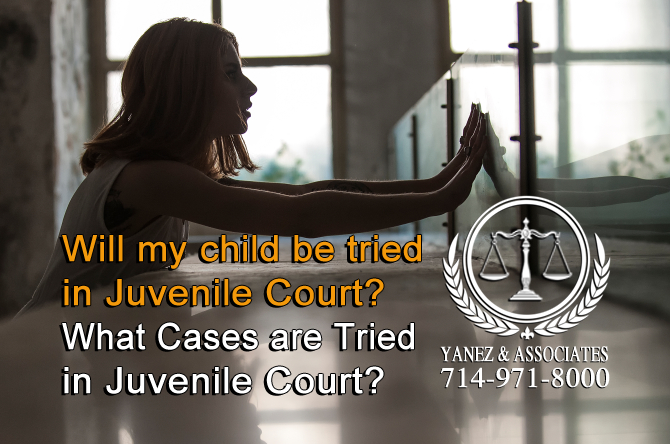 My child is almost 18, will my child be tried as an adult?

In California, it is usually minors between 14 and 18 who have the highest risk of being tried as an adult. We will go more into detail below about the differences between juvenile court and adult court, and which cases are tried in each. 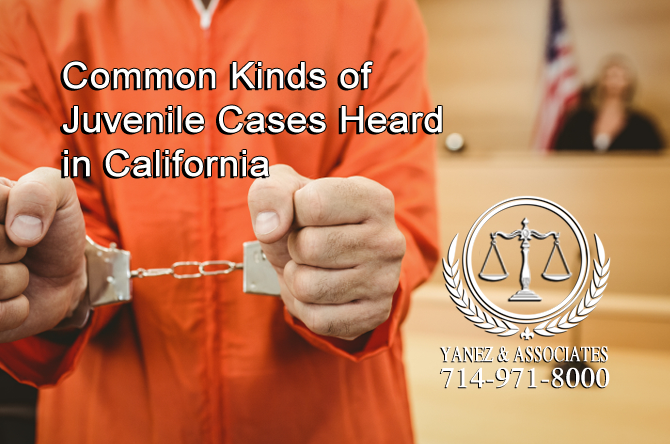 What are the Common Kinds of Juvenile Cases Heard in Orange County California?

One of the most common juvenile crimes is theft, also called larceny. Theft constitutes stealing any property that belongs to someone else, from a bicycle to store property. Other common juvenile crimes include vandalism, assault, drug abuse, and disorderly conduct. These kinds of crimes are considered juvenile delinquency, which means that they are crimes that were committed by a minor, but they could be committed by anyone, regardless of age.

Another common type of juvenile offense in California is anything alcohol related, from consuming alcohol underage to purchasing alcohol underage. Other crimes, like skipping school, also fall into the same category as alcohol related crimes. They’re considered status offenses, which means that these crimes can only be committed by minors, because adults are not required to be in school, and adults are legally allowed to purchase and consume alcohol.

Serious crimes like robbery, murder, or rape are not nearly as common as theft, vandalism, or drug abuse, but they do happen, and minors can be accused. Depending on the type of crime, the accused minor, and his or her criminal background, there is a chance that a minor could be tried in adult court instead of juvenile court. 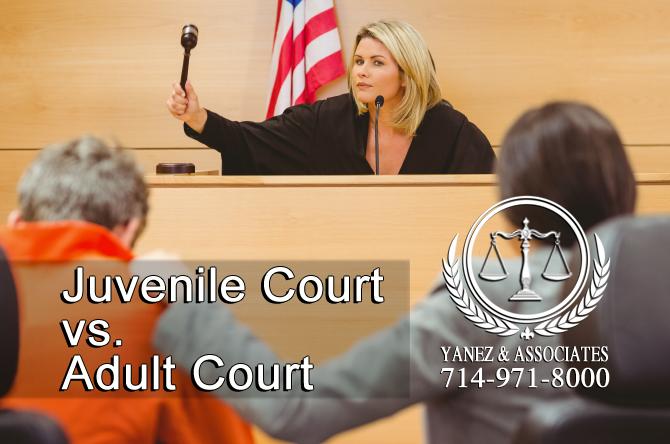 What is the difference Juvenile Court vs Adult Court in OC California?

There are a lot of differences between juvenile court and adult court, many of which are meant to allow a minor to learn from his or her mistakes, assuming that the minor is not yet capable of making the right decision. Adults, on the other hand, are supposed to know right from wrong, and will be held accountable for their actions. This means that minors who are tried in adult courts will be held to adult standards, and treated as if they are adults. They will also face adult consequences if convicted.

Because juvenile court is a little bit more informal, it is not as harsh. It’s meant to help rehabilitate rather than punish.

In some cases, a minor can be tried in adult court. Usually, this will result in the minor being held to higher standards in court and facing harsher punishments pending the outcome of the trial.

Can a Minor be Tried as an Adult? The Basics

In some cases, minors can be tried as adults. In some cases, adults who have criminal records, even sealed records, from their juvenile days can face harsher punishments because of those records.

Usually, minors who are 14 and older face the highest risk of being tried as an adult. Those who have extensive criminal backgrounds or those who are accused of serious crimes or have a history of serious or violent crimes are most likely to be tried as adults. Serious or violent crimes are usually less common, but could include any of the following.

Although children as young as 14 may be tried as an adult, usually, 14 and 15 year olds are kept in a juvenile facility and then transferred to an adult correctional facility at 16 to serve out the rest of their sentence.

One of the best ways to defend a minor in court is to keep the case in juvenile court, and a great juvenile attorney can help you do this. If your child has been accused of a crime, especially a serious or violent crime, contact an attorney as soon as possible so that you can get started on your case.

An Overview of the Juvenile Court Process in California 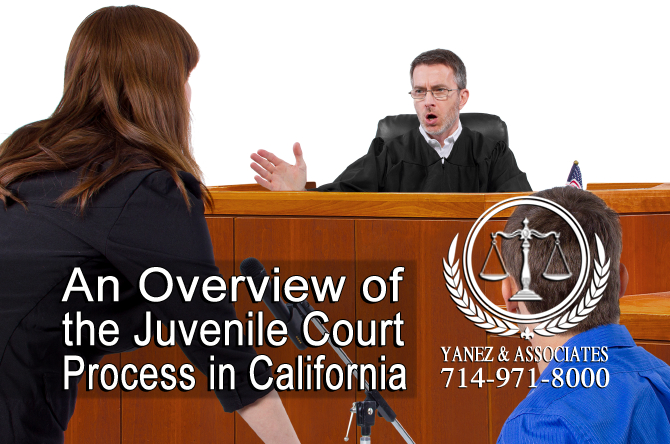 How does the Juvenile Court Process work in OC California?

If you know that your child will be tried in juvenile court, he or she will likely face less severe consequences than in adult court. Juvenile court allows every legal professional, from the police to the prosecutors to the judge to use their discretion when handling the case.

Your attorney can help fight for less formal treatment at any point along the way by showing how much the accused minor deserves it.

Whether a minor is arrested or a parent or school official has referred the minor to the police for another reason, the officer has several options.

Usually, at this point, the decision is made based on several factors.

If, at this point, the officer decides to move forward with the case, he or she will usually pass the information on to a prosecutor, and the minor will likely have to work with a probation officer. The probation officer makes the next decision in the case.

The probation officer can also file a petition with juvenile court, which means that the juvenile will be formally charged with a crime in front of a judge. This is where a juvenile may be referred to adult court instead of juvenile court. With the help of an attorney, there are many places before getting to this point that a lawyer can work with the prosecutor, probation officer, or police officer to arrange a better situation.

If it does go to court, a family lawyer can help the juvenile navigate the legal process. In juvenile court, there are options like accepting a plea agreement, or admitting to a crime for a lesser punishment.

The judge has the option to divert the case, which allows the minor to attend a program like counseling or rehabilitation, and then come back to the judge once completed.

Sometimes, however, a case will go to trial. If your case does go to juvenile trial, it is still better than letting it go to an adult court, but a criminal trial should always include juvenile defense attorneys.

Juvenile law is an in depth area of law that can be confusing, especially for minors. If you have questions, the team of family law lawyers and criminal defense attorneys at Yanez & Associates can help. Contact us today to schedule a free initial consultation.