We have put together a list of frequently asked California child custody questions that we tend to get from our clients. Remember that if you have case-specific questions, you should ask an attorney for advice specific to your situation.

What are the Differences Between Physical Custody and Legal Custody? 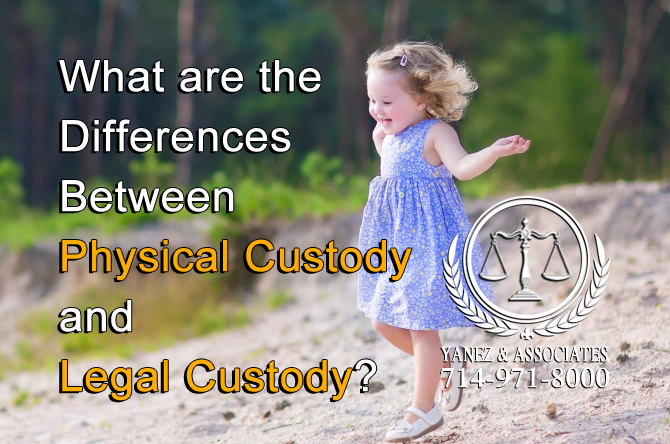 Do you know, the Differences Between Physical Custody and Legal Custody?

Under California law, legal custody and physical custody both need to be determined in a child custody case.

What is Primary Custody? 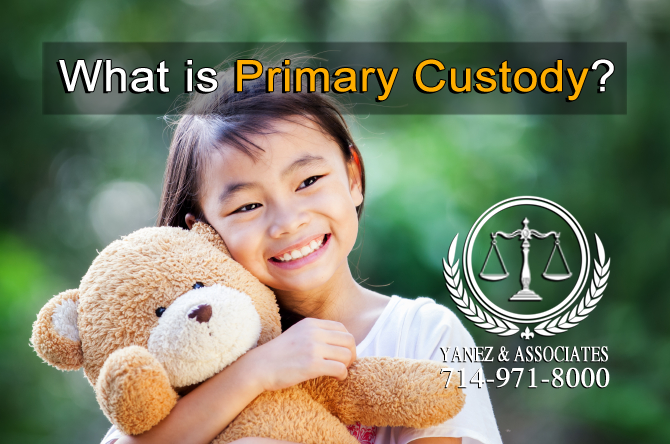 Primary custody is not actually a legal term in California

However, when it is used by lawyers, judges, or those involved in a custody case, it is used in place of the term “sole physical custody”.

Just because one parent has primary custody, or sole physical custody of a child, does not mean that the parent also has sole legal custody.

What are the Differences Between Joint Custody and Sole Custody? 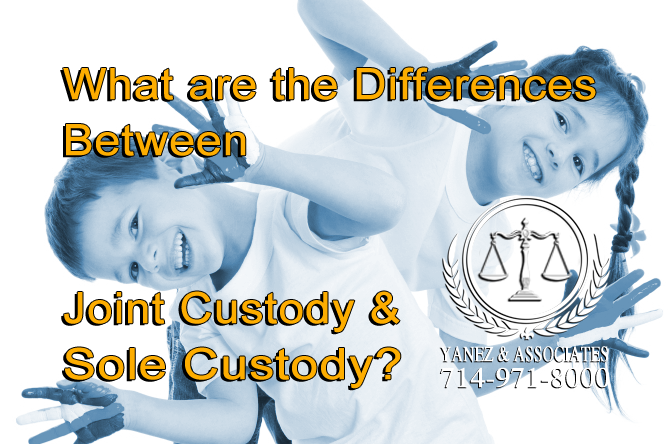 Do you need help understanding the Differences Between Joint Custody and Sole Custody in California?

Sole custody refers to a situation where one parent is granted control of either physical custody, legal custody, or both. The other parent would have to respect the decisions of the parent with sole custody.

If one parent is granted sole legal custody, it means that that parent has the legal right to make all decisions regarding the child’s life.

Joint custody refers to a situation where both parents share control over either physical custody, legal custody, or both.

If both parents are granted joint physical custody, it means that the child spends time living with both parents. The time spent at each parent’s home may not be exactly equal, but it will be close to equal.

It is possible for one parent to have sole physical custody while both parents share joint legal custody. This might work in a situation where the parents are on good terms with one another and both parties are able to put the child’s best interests ahead of their own, but the parents do not live close enough together to make joint physical custody feasible.

It is also possible for two parents to share joint custody but for one parent to have sole legal custody of a child. This arrangement might work in a situation where the parents cannot agree on decisions for the child (perhaps the parents have different religious beliefs), but both parents are able to provide a safe home for the child and joint physical custody is feasible.

How is Child Custody Determined? 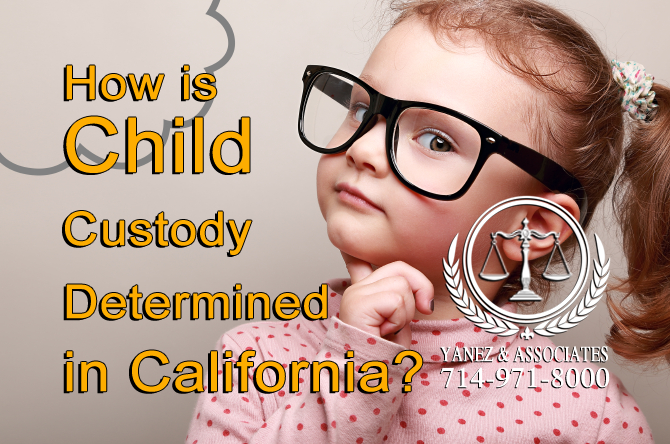 How is our Child Custody Determined in Orange County California?

When determining child custody, the following factors are important considerations.

• The child’s age - Children of different ages have different needs, and those needs need to be accommodated. It is possible to modify child custody orders as a child grows and matures.
• The child’s health - If a child has certain health care needs, he or she may need certain things as far as child custody.
• Relationships between the child and parents - In most cases, it is in the child’s best interest to maintain healthy relationships with both parents. If either parent tries to obstruct a child’s relationship with the other parent, it can affect custody. If the child has little or no relationship with either parent for any reason, that parent will likely not be granted custody until a relationship can be built.
• Domestic violence and abuse - It is never in a child’s best interest to be around abuse or violence.
• A child’s ties to his or her community - It is generally not in the child’s best interest to be taken from a community or school where he or she has established a life, and these relationships could affect custody.

What if the Child’s Parents Live too Far to Share Custody? 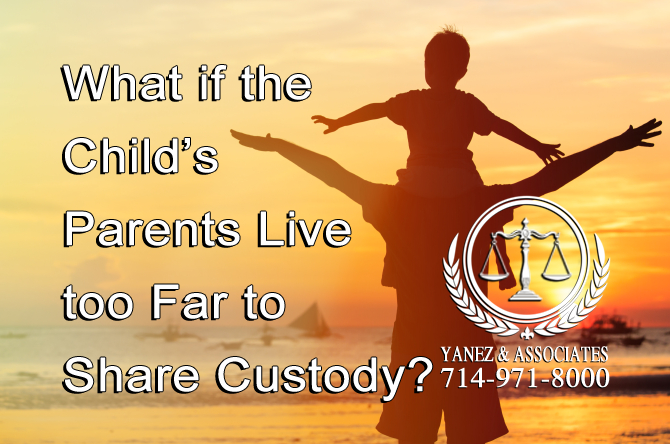 What do parents do if they live too far to share Custody?

In most cases, it is in the child’s best interest to spend time with both parents. However, when the parents live to far from one another to feasibly share custody of a child, it is common for one parent to be granted sole physical custody, while the other parent is granted visitation rights.

The three ways that visitation may be ordered are as follows: according to a schedule, reasonable visitation, and supervised visitation.

In the middle is visitation according to a schedule, which allows the noncustodial parent to spend time alone with the child, but outlines a strict schedule as to when and where the visitation will occur. A visitation schedule ordered by the court may include things like holidays, birthdays, vacations, breaks from school, and can be detailed enough that it says who, where, and when all exchanges will occur.

On the other end is reasonable visitation, which includes a general guideline as to how much time a child is to spend with the noncustodial parent, but it leaves the specifics, including dates, times and how to do exchanges up to the parents. This type of visitation is usually best in scenarios where the parents are on good terms.

Does My Child Have a Voice in the Custody Agreement? 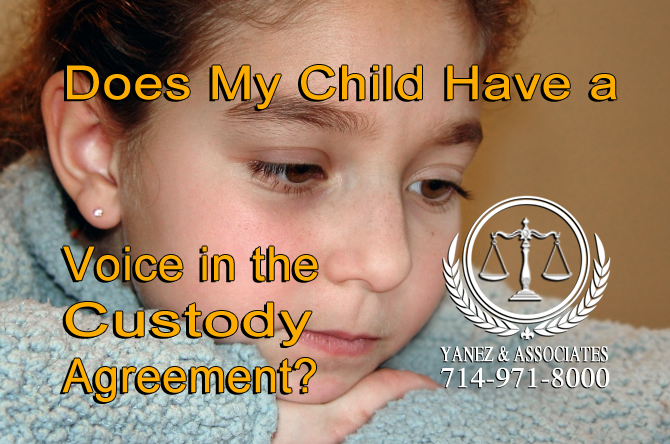 Wondering if your children have a Voice in the Custody Agreement?

In California, a child’s voice in his or her own custody agreement is a controversial area of the law that judges are still getting used to. In general, children who are at least 14 years old are likely to be invited to share their opinion in court, if the court decides that it is in the child’s best interest to do so.

However, children under 14 years of age are not to be prevented from stating their opinion to the courts. The court is legally required to protect the child and control the environment in which they share their opinion.

What is the “Best Interest of the Child” Standard? 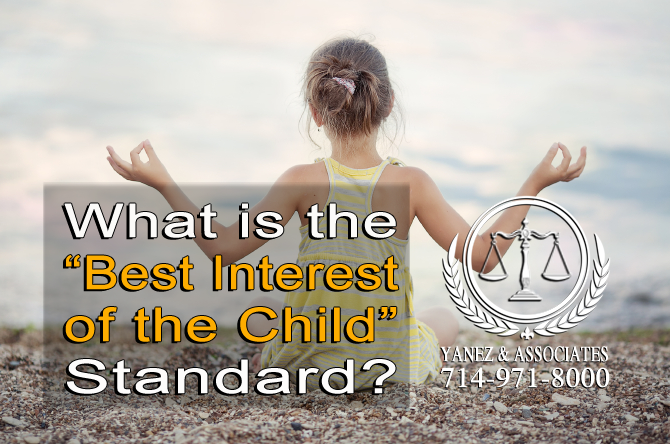 YOUR child's “Best Interest” is what is important!

A child’s age, health, relationships with parents, other family, school, and community, and the child’s history determine the child’s best interest. Other factors may be considered if the judge decides that other factors are important.

Child Custody Lawyer in the OC

Your consultation is free; therefore, you have nothing to lose. We will be happy to answer your concerns.