What are Common Terms I Should Learn for my Child Custody Case in Orange County, CA
How Does a Criminal Domestic Violence Case Impact Custody and Visitation in California Family Court?

What if the Child’s Best Interest does Not Coincide with the Parents Desire in Child Custody in Orange County California?

If the Child’s Best Interest does Not Coincide with Parents Desire? In California, the child’s best interests are always the most important factor in determining a child custody and visitation order. A parents’ wishes have very little bearing on the outcome of a custody order.

Parents do have options when it comes to a child custody and visitation order: they can choose to create their own either outside of the legal system or through child custody mediation. However, if there is no court order regarding child custody, the custody agreement cannot be enforced. A child custody order that is created through the legal system will need to be approved by a judge before it can become a court order, and in order for the judge to sign the order, it needs to be made in the best interest of the child.

Can a Parent Create a Child Custody and Visitation Order? 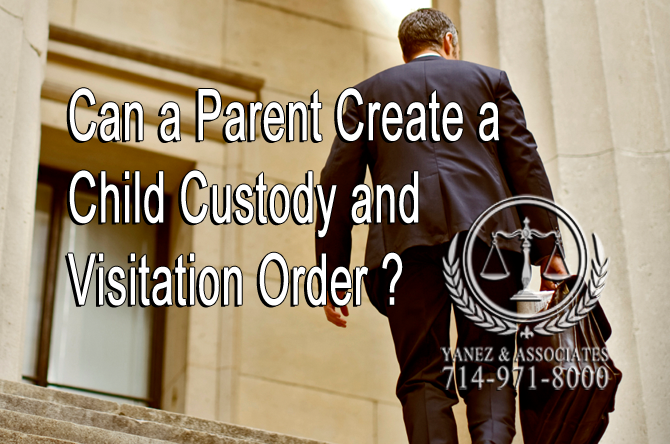 Can Parents in OC California Create their own Child Custody and Visitation Order?

If parents create their own child custody and visitation orders, they are actually more likely to follow them than if they leave it up to the courts. Many parents are required to go through custody mediation before a hearing can be held regarding a custody case.

When parents create a custody agreement, also called a parenting plan, they need to consider the child’s best interests. A child has needs that a parenting plan should meet, including the following:

• Protection, guidance, acceptance and love,
• A healthy diet, food, water, and shelter,
• Medical care and education,
• The child’s relationships with both parents.

In order for parents to create their own custody and visitation plan, they need to be able to cooperate with one another and agree on one custody plan. Mediation is a great way to make it happen!

Parents also need to consider their own needs and the needs of the other parent when creating a custody agreement. While the child is always the priority, the parents need to work together to make a realistic custody agreement.

What is Child Custody Mediation in California? 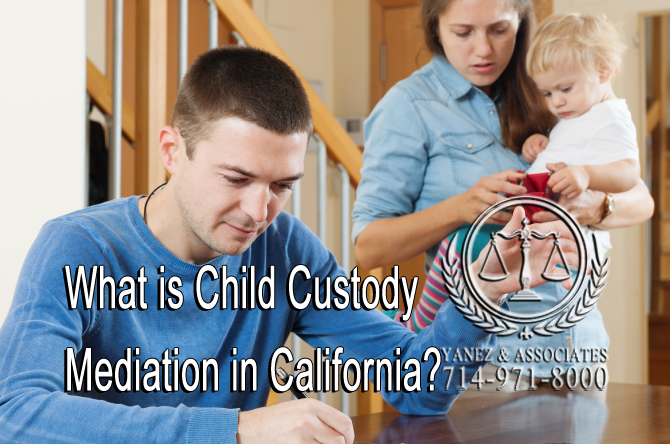 Child custody mediation is a safe way for parents to work out their differences and come to an agreement on a child custody plan that is in the best interests of their child.

Child custody mediation is a safe way for parents to work out their differences and come to an agreement on a child custody plan that is in the best interests of their child. During mediation, the parents will work with a trained mediator, whose job it is to facilitate a healthy discussion between the parents that leads to a custody agreement.

Mediators are usually former attorneys, judges, or mental health professionals who have gone through training to become a mediator.

Child custody mediators cannot provide legal advice to either party, but they do help the parents determine what their goals are for mediation, and assist in reaching those goals.

Check with your local Family Court Services for free or low cost mediation, or discuss your case with an attorney in your area to find a local child custody mediator.

If you and your spouse do come to an agreement through mediation, your mediator can submit the mediation agreement to a judge. If the judge approves the agreement, it can become a child custody order.

However, if parents are unable to come to their own agreement through mediation or outside of the courtroom, the custody case may need to go to court.

What does the Judge Consider in a Custody Case? 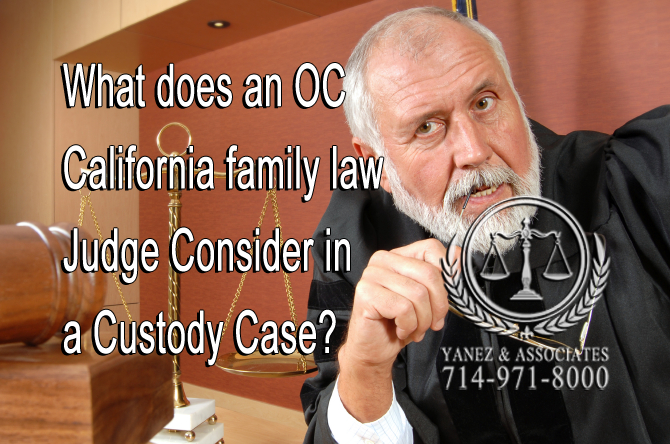 There are a number of factors an Orange County CA family law Judge will consider in a child Custody Case?

What if a Parent’s Circumstances Change and the Custody Order is no Longer Possible? 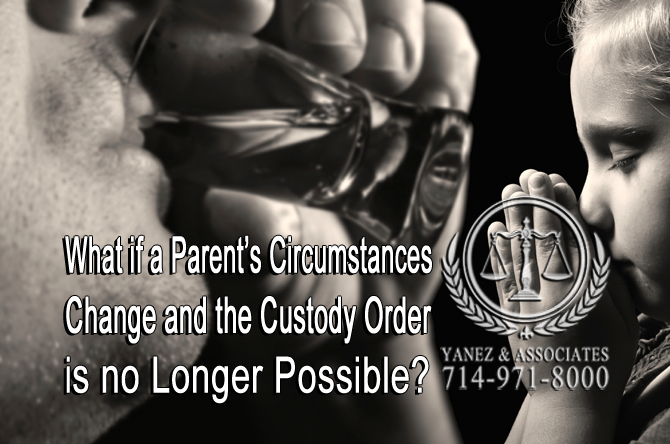 A change of circumstances can involve the parents, or any of the following situations.

• This can happen as the child gets older, becomes involved in more activities that interfere with visitation, or becomes more independent.

• The child’s wishes may be considered if the court decides that the child is capable of making an informed decision.

If you are ready to discuss your case with a child custody attorney, contact Yanez & Associates today to schedule your free initial consultation.

What are Common Terms I Should Learn for my Child Custody Case in Orange County, CA
How Does a Criminal Domestic Violence Case Impact Custody and Visitation in California Family Court?