FAQ: How can I get help with Child Support Enforcement in Orange County CA?     California parents have an obligation to support their children financially. When a child support order has been created, either by one of the parents or by your local child support agency, both parents are expected to follow the terms of the order until it terminates. 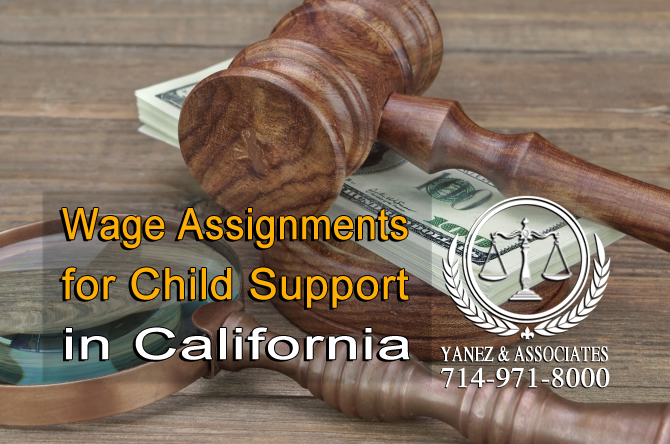 "How does a Wage Assignment for Child Support work in Orange County and Los Angeles, California?"

In California, all support orders initially come with a wage assignment, or a wage garnishment. This means that in order to ensure that the support order is fulfilled appropriately, the payments will be taken from the paycheck of the person who owes support before he or she receives the paycheck.

Depending on how the child support order was put into place, there may or may not be a wage assignment in place.

When the local child support agency is involved, for example, a wage garnishment is automatically put into place and the money is collected from the payer’s employer. Failing to pay child support, in this case, is likely not an issue.

If an employer fails to pay child support according to the wage garnishment, your first step should be to write a letter to the employer that simply states that the wage assignment is in place, and as the payer’s employer, they are legally obligated to honor the terms of the order. Let them know that they are overdue for the first payment. If, after a reasonable amount of time, the employer still fails to pay the child support order according to the wage garnishment, you may be able to take the employer to court.

Under California law, failing to fulfill the terms of a wage assignment may mean that the employer is responsible for paying child support.

Placing a Stay on a Wage Assignment

When your local child support agency is not involved in the creation of your child support order, there will still be an automatic wage assignment put into place. In some cases, parents may request that the judge place what is called a stay on a wage assignment. This simply puts the wage garnishment on hold, and allows the two parents to handle payments between themselves. Usually this happens at the beginning, when a child support order is first issued - the wage garnishment will be created and signed by a judge, but will not be served on the payer’s employer.

To request a stay on a wage assignment, you’ll need to fill out a form called a Stay of Service of Earnings Assignment Order. You will need to ensure the judge that you have an agreement that states how you will arrange payment. You will need to attend a hearing where the judge will decide whether or not to place a stay on the assignment. In the case that your payment agreement does not work out the way you intended, make sure that you have an accurate record of payments and missed payments.

Asking for a Wage Assignment

One of the first steps that you can take if your child’s other parent has failed to pay child support in full and on time and there is a stay on a wage assignment is to ask a judge to end the stay.

You will need to fill out and submit the same form called a Stay of Service of Earnings Assignment Order, and check the box that says Termination of Stay. Usually, you will not need to attend a hearing to get the judge’s decision, but if you do, make sure to appear. After the judge signs the court order, you will need to serve the wage assignment on the payer’s employer.

Falling behind on child support payments may also mean that the payer owes interest on all support until he or she is completely caught up on payments. Interest is charged under California law, and a judge does not have the power to eliminate or alter the amount of interest owed or the interest rate.

What Can a Local Child Support Agency Do For Me? 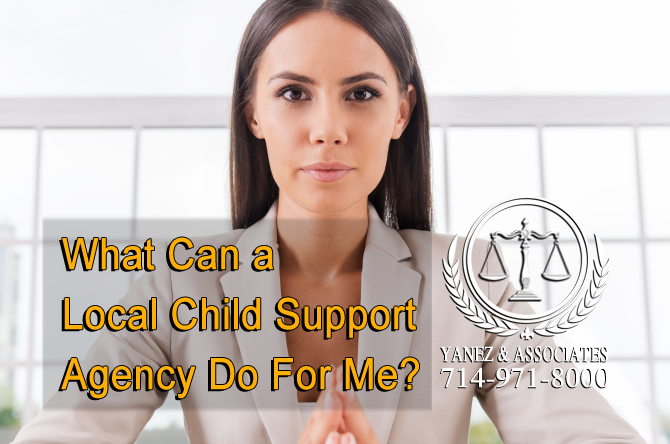 What are some ways a Local Child Support Agency can help with enforcing child support payments?

Being Held in Contempt of a Child Support Order 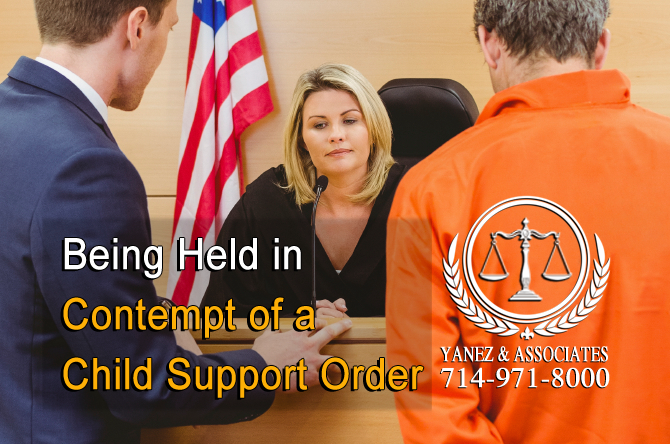 Being Held in Contempt of a Child Support Order can lead to jail!

Usually, being held in contempt of court is a last resort in California because the consequences can be extreme.

Filing a motion for contempt, if successful, may mean that the person who failed to pay child support according to the child support order can face fines and jail time.

The statute of limitations on bringing a contempt charge for failure to pay child support is three years. This means that in order to be successful, you need to file the contempt charges no more than three years after the date of the missed payment. However, each missed payment is a separate offense, so even if some of the missed payments were more than three years ago, you may be able to file for those that were within the statute of limitations. Either way, it is a good idea to discuss failure to pay child support with a lawyer as soon as possible.