Guide to California Child Custody and the Hague Convention

When two parents are unmarried but share a minor child, there is usually a child custody order put in place in California. Depending on the specifics of the child custody order, one or both parents may be allowed to travel internationally with the child, either with or without the permission of the other parent.

The Hague Convention is a way for those countries that have joined to protect the best interests of the child, and in many cases, to return the child to his or her home country so that custody may be determined according to the original custody order. If your child has been kidnapped or taken from the United States, the Hague Convention may help you to get your child home safely to the jurisdiction of the California courts.

What is the Hague Convention? 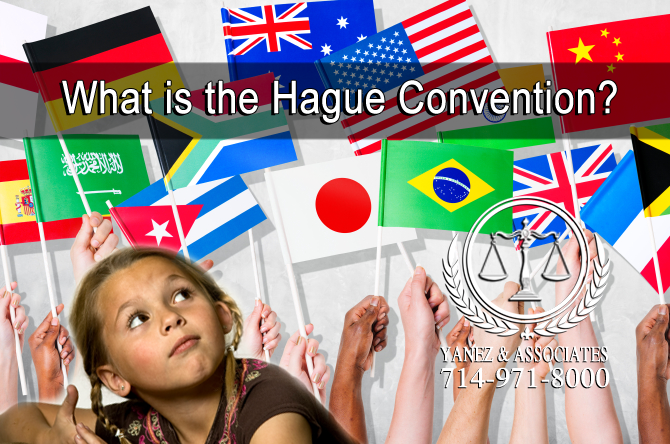 The Hague Convention is a treaty between over 50 countries, including the United States.

The Hague Convention was created because of the limitations of each country’s jurisdictions. It allows each country to enforce its own laws within its borders, without allowing any country to interfere with this process. Court orders made in the United States are not recognized and will not be enforced in other countries, so the Hague Convention allows the United States to settle the issue about which it has already made a court order within its own borders.

When the Hague Convention is enacted, the Central Authority in the country where the child was taken has the responsibility of deciding whether a child needs to be returned to the other country. This can depend on several factors, including whether there is a child custody or visitation order in existence, and which country is the child’s country of habitual residence. The most important factor is naming the child’s country of habitual residence, and determining whether there is any danger in returning the child to that country. If there is no danger, then the laws of that country will govern whether the child should be returned home or not.

Generally, the child should be returned to his or her country of habitual residence. However, if any of the following situations are true, the country where the child was taken may, under the Hague Convention, refuse to return the child home.

If the child is not returned for one of these reasons, the Hague Convention may allow for international visitation and custody in the new country, but this will need to be established separately from any custody and visitation that was in place previously.

How Can I Use the Hague Convention in a Child Custody Case? 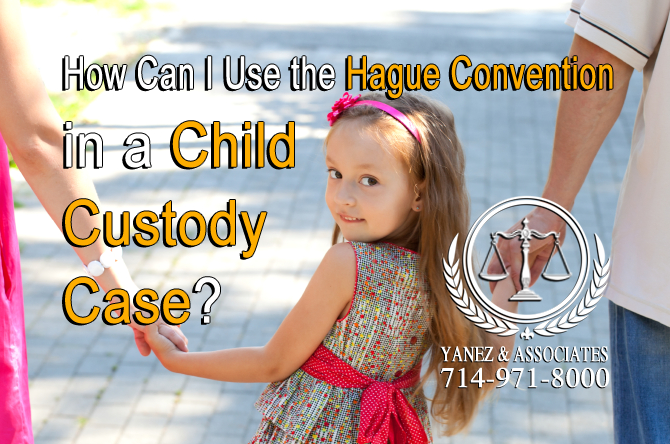 If your child has been taken from the United States to another country that is a member of the Hague Convention, you can contact a child custody attorney to help you file a Hague Application.

The Hague Convention can only be applied to specific international child custody or international parental abduction cases. In order to apply it to your California based case, it will be your responsibility to prove the following four items.

The decision to file a Hague application is a pretty big deal. It is always best to do so as soon as possible after the abduction takes place. It is always a good idea to discuss your options with a family law lawyer, because the Central Authority in the United States cannot provide you with legal advice.

If you decide to submit a Hague application, you can find it and fill it out online, or print it and fill it out. You will need to submit two applications per abducted child. Especially because this is an international issue, it is always best to consult a custody attorney to make sure that you have filled out the forms correctly and completely.

To support your claim, you should also submit as much of the following as possible.

• A certified marriage certificate,
• A certified divorce decree,
• Certified copies of each child’s birth certificate,
• A certified copy of a child custody order, visitation order, or another form that states your custodial rights,
• Court documents regarding you, your child, or your family that may be relevant,
• Photographs of the child and the child’s other parent,
• Your statement regarding the situation, including removal, reasoning, circumstances, etc.,
• Translated copies of any of the above documents into the language spoken in the country where the child was taken,
• Any specific documents required by the country where the child was taken,
• Ask your attorney if anything else is necessary or could be helpful to your case.

The foreign Central Authority is responsible for locating your child and his or her other parent. The parent who has your child may be open to child custody mediation, but the case may also go to trial. Every country handles the Hague Convention differently, so you should discuss your options with your lawyer to determine what your next steps should be.

We are located in the City of Orange, Orange County California and we have experience in dealing with International Child Custody cases.

If you have questions about the Hague Convention, or if you think that your child was abducted to another country and you are not sure how to return the child to your home, you should contact an attorney as soon as possible. When it comes to your child’s safety and wellbeing, the sooner you act, the more likely you are to get the best results for your child.

At Yanez & Associates, we offer free initial consultations for our new clients. Contact us today to schedule yours, and to discuss your child custody, visitation, or international child abduction case.