How Do I Have My Juvenile Criminal Record Sealed? 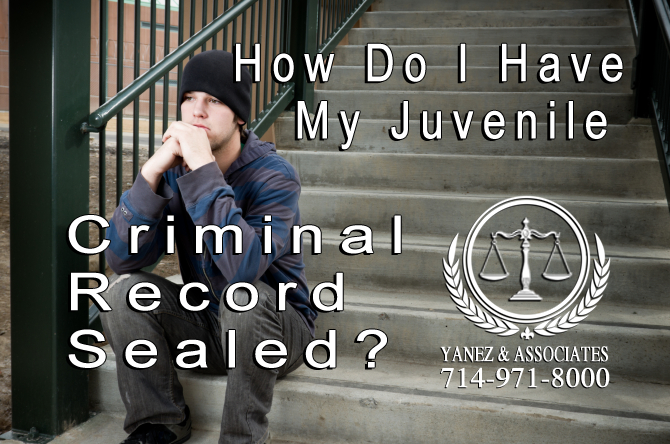 I Want to Know How Do I Have My Juvenile Criminal Record Sealed in California!

California Rule of Court 5.552 is the law that governs the sealing of juvenile criminal records in California. Before you turn 18, only you, your parents/legal guardian(s) attorneys and court personnel are the only parties who are legally allowed to access your criminal record. Even after you turn 18 years old, your past juvenile records will remain on your criminal record. However, following your 18th birthday you have the right to petition the California court system to have your juvenile records sealed. If the court approves your petition, your juvenile record will be ordered sealed. After being sealed, these records are no longer accessible to the general public. Five years following the date of sealing the records are completely sealed, and it is as if your past juvenile record never existed.

Which Juvenile Records Can’t Be Sealed? 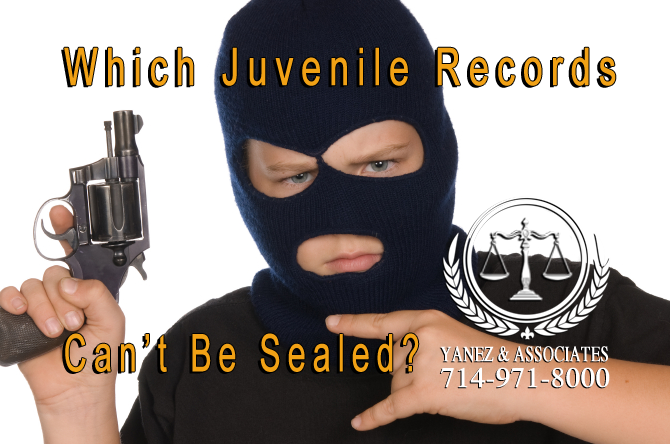 Which Juvenile Records Can't Be Sealed in California?

The following juvenile crimes on your criminal record cannot be sealed:

How Does the Juvenile Record Sealing Process Work in California?

I want to know how the Juvenile Record Sealing Process Work in California?

Your first step in having your juvenile criminal record sealed will be to submit an application for record sealing to the Orange County Juvenile Probation Department. In order to receive a juvenile record sealing application, you can contact the Department either by mail or in person. The following juvenile case file information about your record can be sealed:

• All documents filed in your past juvenile court cases;
• Documents that were made available to child welfare services social workers, CASA volunteers and probation officers to create court reports;
• Documents relating to a petition that was filed with a California juvenile court that were maintained in the office files of social workers, CASA volunteers and probation officers;
• Reports made to the courts by social workers, CASA volunteers and probation officers;
• Videos, documents, audio tapes, exhibits and photographs that were admitted into evidence in your juvenile court hearings; AND
• Records, transcripts and reports related to matters released or prepared by the child welfare services program, the court and/or the California Probation Department.

Sadly, not all juvenile records can be sealed. In fact, certain serious offenses are prohibited from being sealed. Furthermore, the juvenile record sealing process is not applied to the California Department of Motor Vehicle (DMV) records that cover violations of the California Vehicle Code.

What Happens After My Juvenile Record is Sealed? 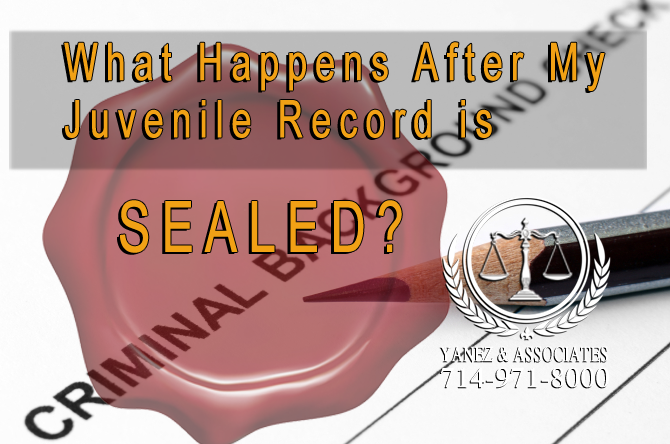 What Happens After the Judge approves my application for sealing My Juvenile Record?

After the judge approves your juvenile record sealing application, an automatic court order is sent to the United States Department of Justice (DOJ). This is significant because all U.S. background check companies use the DOJ’s criminal background records. This update to the DOJ records takes at least four week for completion, and it could take an additional two to three months before the records of private background check companies are updated to officially reflect your now sealed juvenile records. Once the updates officially take affect, employers, lenders and housing authorities will no longer see your juvenile criminal past when they perform a background check using your legal name.

The licensed attorneys here at Yanez & Associates in Orange County, California can provide legal support and representation during all stages of the record sealing process. Our legal team has ample experience with helping our clients obtain expungement and having their juvenile record sealed. Contact us today to discuss how we can help you clean up your criminal record.