Other parent is not allowing me to see my children in Orange County, CA

Grandparents' rights to custody of grandchildren in Orange County, CA
If My Child’s Other Parent is Using Drugs, How Do I Protect My Child in California?

What Can I Do If My Child’s Other Parent Will Not Allow Me to See My Child?

First, ask yourself a few questions.

These questions are important to understand, because your next step depends on where you currently stand. Once you have established who a child’s parents are, the parents have both the legal right to spend time with the child, as well as the legal obligation to financially support the child. 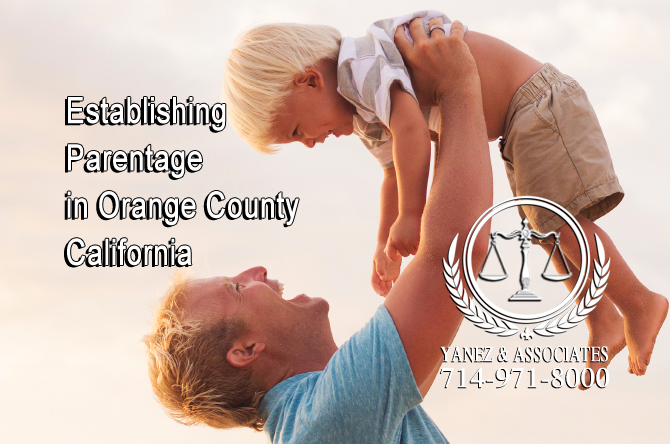 It is necessary to establish parentage prior to creating or enforcing any child custody or visitation agreements in California, so if you have not already established parentage, this will be your first step.

Parentage can be established several ways: parents can sign a Voluntary Declaration of Paternity, or they can obtain a court order that names the parents.

Signing a Voluntary Declaration of Paternity 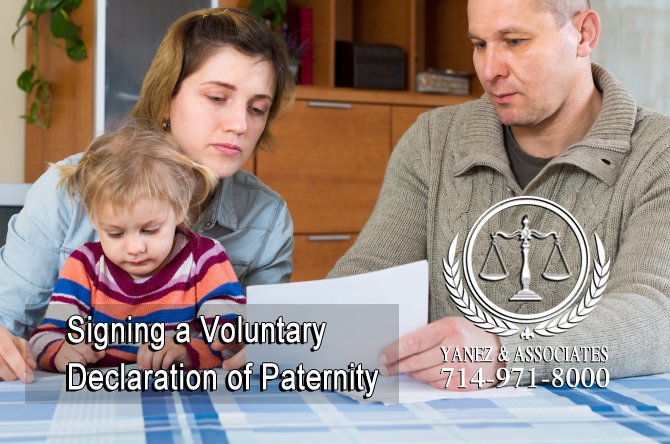 Either at the hospital when the child is born, or at a later date, both parents may sign a Voluntary Declaration of Paternity

This document simply says that the two people signing it are the legal parents of the child, and they have both legal rights and obligations regarding that child.

If the Voluntary Declaration of Paternity is not signed at the hospital, it must be signed at one of the following locations, and also signed by a notary.

Once signed, it must be filed with the California Department of Child Services in the Paternity Opportunity Program office.

A Court Order that Establishes Parentage 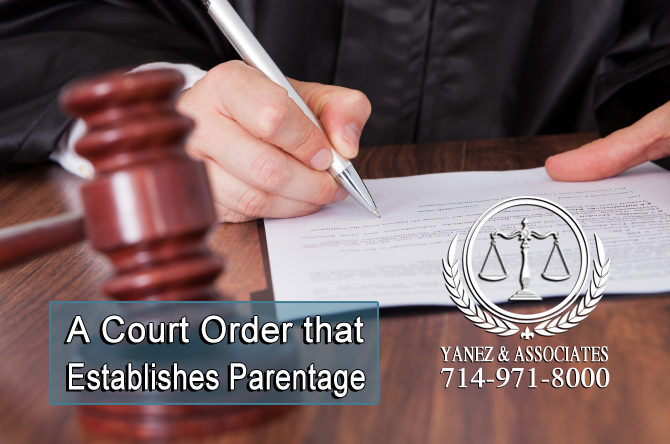 You may obtain a court order that establishes parentage either on your own or with the help of your local child support agency.

To do it on your own, you will need to go to court. It is best done with the help of the family law facilitator at your local court, and the assistance of a California family lawyer.

Make sure to file your case in the county where your child resides in California.

Creating Custody and Visitation Agreements in the OC 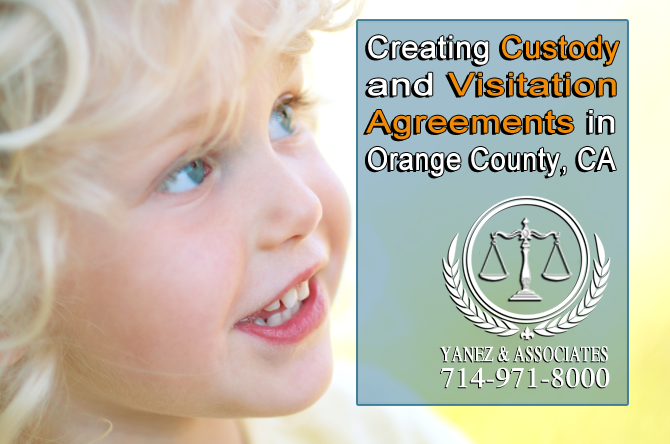 If you have already established parentage, your next step is to make sure that you have a legally enforceable child custody and visitation agreement in California.

In addition to establishing when the child will spend time with each parent, a parenting plan will determine who will be responsible for making decisions for a child. It is a good idea to have an attorney who has experience working in child custody in California to help you create your child custody and visitation agreement, especially if the child’s other parent has concerns about allowing the child to spend time with you.

Once you have a valid and legal custody agreement, it can be enforced, and your child’s other parent cannot legally stop you from spending time with your child.

If you are already having issues with your child’s other parent not allowing you to spend time with your child, it is important to create a detailed child custody plan. Consider a scheduled plan, where the court establishes a calendar that lists the times and dates when the child spends time with each parent.

As a child grows older, the parenting plan may need to be revised; it is important to make sure that as a child’s needs change, the custody agreement continues to be in the child’s best interests and serve the child’s needs above the needs of you or your child’s other parent. 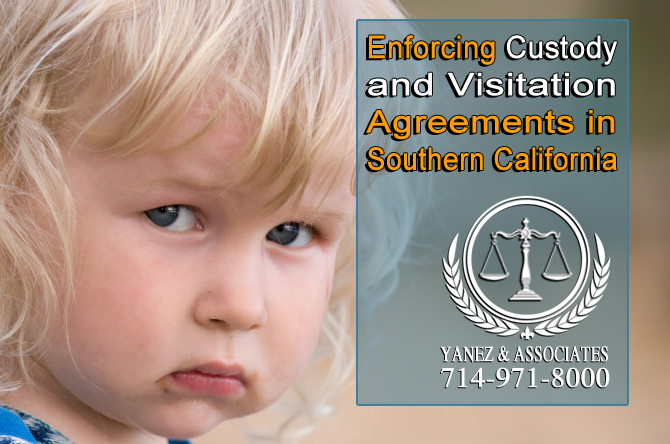 If you have already established parentage, you have an existing child custody and visitation order, and your child’s other parent will not allow you to spend time with your child, you may legally enforce your custody agreement.

First, contact your local police department for assistance in enforcing your court order. If your child’s other parent still does not follow the terms of the custody agreement, you have options.

If you do not know where your child is, or if your child’s other parent will not allow you to spend time with the child, you may contact your county’s district attorney in the Child Abduction and Recovery Unit.

Your third option when it comes to enforcing a child custody and visitation order is to file an action for contempt of a court order. This is a legal way of saying that the other parent has disobeyed a valid and legal court order, and it can have serious legal consequences.

If you are filing contempt of a court order case, it is important to be prepared. Make sure that you have accurate records of when you and your child’s other parent did follow the terms of your custody agreement, and when you failed to do so or were not able to due to the actions of the other parent.

Contempt of a court order cases can be complex, and are best faced with the help of a child custody attorney in California.

Worried about Child Kidnapping in California… 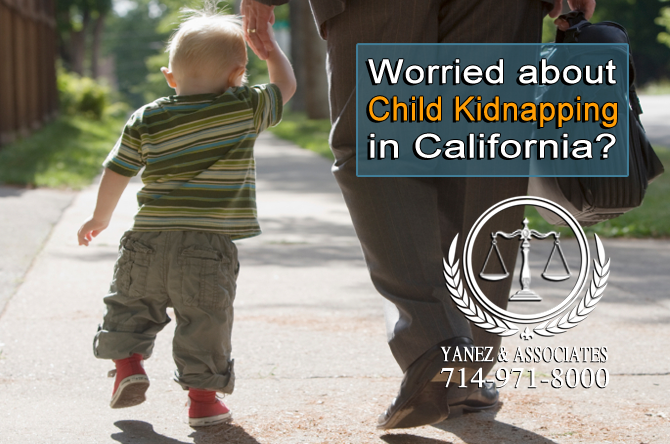 If your child’s other parent is not allowing you to spend time with your child and you are worried that he or she might take the child to a location where you cannot find your child, you may have a kidnapping case on your hands.

If, "other parent is not allowing me to see my children" it's time to contact an OC California Child Custody Attorney

When it comes to child custody orders in California, protecting your child’s best interests is the priority.

When it comes to child custody orders in California, protecting your child’s best interests is the priority. If you are worried that your child’s best interests are not being protected or if you are not allowed to spend time with your child, you should contact a child custody attorney in California as soon as possible. Contact the attorneys at Yanez & Associates today to schedule your free initial consultation.

Grandparents' rights to custody of grandchildren in Orange County, CA
If My Child’s Other Parent is Using Drugs, How Do I Protect My Child in California?