Will the Judge Listen to Child Testimony in Highly Contested Child Custody cases in Orange County?

Is My Spouse Entitled to 50 Percent of My Assets in a Divorce in Orange County?
Why Do I Need a Postnuptial Agreement in My Orange County CA Marriage?

Will the Judge Listen to Child Testimony in Highly Contested Child Custody cases?

When a child custody case is contested in California, it means that that the parents of the child in question cannot agree on a child custody agreement. Any case can be considered contested if the two parties do not agree and the petitioner and the defendant have filed forms with the courts stating their differing opinions.

In contested cases that are not resolved outside of court, the family will have to attend a hearing so that the judge can determine a child custody and visitation schedule that is in the best interests of the child. In any case determined in court, whether highly contested or not, the judge has the option to listen to the child’s testimony in California. California law leaves this option open to any judge in any child custody case, so whether the judge listens to your child’s opinion may depend on several factors, including the judge, your attorney, your child’s other parent’s attorney, your child, and your family’s unique situation.

The Basics of Determining Child Custody in California 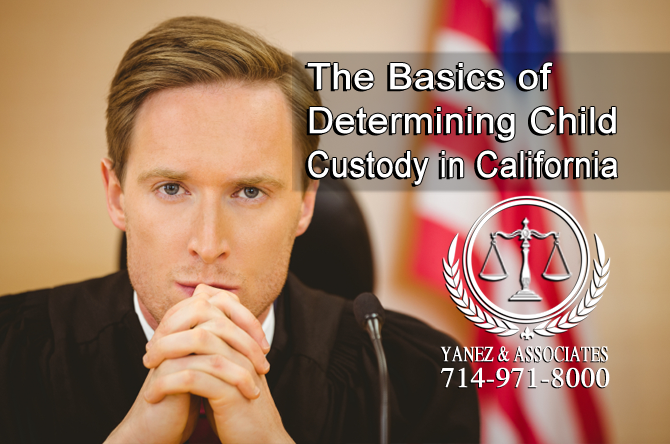 The judge will try to determine what is in the Child's best interest when it comes to Custody in California.

Child custody in California should always be determined based on the child’s best interests. If you cannot come to an agreement outside of court as to the best way to handle the custody of your child, it may be better for the child to let the courts decide on a custody agreement rather than giving in to the demands or wishes of your child’s other parent.

In court, both parties will have a chance to share their opinions. Remember that although you may want your child to spend more time with you than with the other parent, your concerns should be related to protecting the child’s best interests, not what you may prefer for your child to do or what is more convenient for you.

In some instances, like when two parents are divorcing, the arrangement that the child has had previously with his or her parents may need to change. However, if the parents have been separated for some time and have a working system, the judge may issue a child custody and visitation order that is in line with the existing arrangement.

Child custody arrangements are also based on the parents’ situations, to an extent. For example, if a parent has a demanding job, or is in the military, it may be difficult for them and for the child if that parent has physical custody. Similarly, it may be difficult to award joint physical custody to two parents who do not live in close proximity to one another. It would not be in the child’s best interests to have so much disruption to his or her day-to-day life, so the courts will need to work around the parents’ differing lives.

As a child grows up, his or her needs will change. Child custody and visitation agreements are meant to be modified so that they can adapt to a child’s changing needs and interests. A child’s desire to have a say in his or her own custody and visitation agreement, as well as that child’s ability to make smart decisions about his or her own life will also grow and change as the child does. Just because a child’s testimony was not previously taken into consideration does not mean that it cannot be considered at a later time. We will go a little further into detail about this in the next section.

Several other factors can also affect the outcome of a child custody agreement, in addition to the child’s testimony.

• The child’s relationship with both parents can have an effect on the resulting custody and visitation agreement. Interfering with the child’s relationship with his or her other parent can have a negative impact on you - it is always in your best interest and the child’s best interest to promote a healthy relationship between the child and his or her other parent.
• Domestic violence, including child abuse, will play a role in a child custody determination if it has been in issue in the past.
• The parents’ relationship with each other can also play a role. Joint custody, especially joint legal custody, is much simpler when the parents are on good terms with one another. A custody agreement can also allow more flexibility when the parents are on good terms.
• Other factors may play a role in determining child custody - every child, every family, and every situation is different. 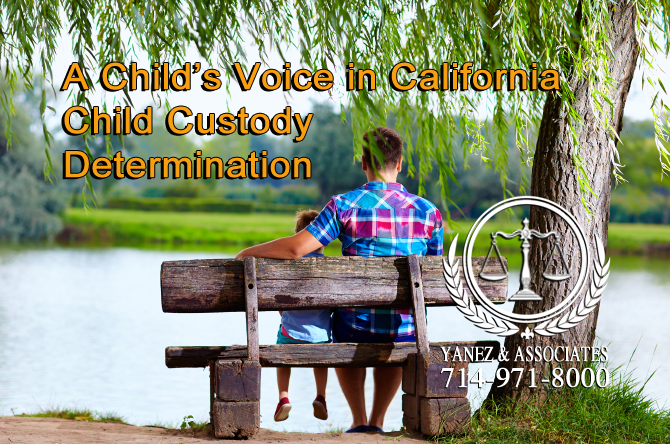 How much will a child’s testimony determine custody in California?

The law regarding a child’s testimony in a child custody case in California is relatively new, and has changed a lot in the last several years. The law covers things like how a child can give testimony and when the child can or should give testimony.

Family Code section 3042 and California Rules of Court 5.250 have dictated, since 2009, how the child’s voice is incorporated into a child custody case.

In summary, the four sections of Family Code 3042 that pertain to your child state the following:

The term “child’s best interest” is intentionally vague in order to allow for variety that naturally occurs in different families, different situations, different children, and different parents. This allows the court to make decisions based on each child and each family.

However, in certain situations it can be more difficult to determine what, exactly, is in the best interest of a child. For example, if two parents live in different states, how does a judge determine which parent should have sole physical custody? It is generally not realistic for a child to spend one day or one week with one parent, and the next with the other if the parents are too far apart.

How Much Say Does a Child Have in the Decision?

Even if the court determines that it is in the child’s best interest to share their opinion, it is always possible that the child could have a tainted opinion.

For example, if a child has spent more time with one parent than the other, he or she may be biased against either parent simply due to things that one parent has said about the other.

Similarly, a child who gets him or herself into trouble, or who faces more discipline with one parent then with the other may choose to spend more time where he or she has more freedom. This is not necessarily in the child’s best interest, and the court will take this into consideration.

If you have questions about your child custody case in California, or if you or your child has questions about how to share your child’s opinion during your case, it is always a good idea to discuss your case with a qualified custody and visitation lawyer. Contact the lawyers at Yanez & Associates today to schedule your free initial consultation.

Is My Spouse Entitled to 50 Percent of My Assets in a Divorce in Orange County?
Why Do I Need a Postnuptial Agreement in My Orange County CA Marriage?