How Does a Criminal Domestic Violence Case Impact Custody and Visitation in California Family Court?

How Does a Criminal Domestic Violence Case Impact Child Custody and Visitation in California Family Court?

It is always important to discuss your family situation with a qualified child custody attorney, whether you are facing child custody charges, or you have custody of children whose other parent may be violent or abusive. An attorney can give you the most accurate legal advice that is also relevant to your situation.

What are the Child Custody and Domestic Violence Basics 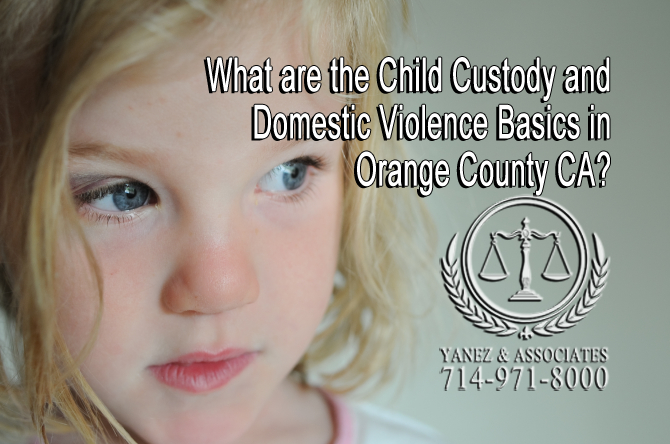 Do you know the basics for Child Custody and Domestic Violence?

Visitation is part of physical custody that usually allows a noncustodial parent to spend time, with a child even if the child doesn’t live with that parent.

Domestic violence is usually physical or verbal abuse, including assault, sexual assault, threatening, harassing, and more when the abuser and the victim are in a close relationship, like husband and wife, parent and child, siblings, etc.

A History of Domestic Violence 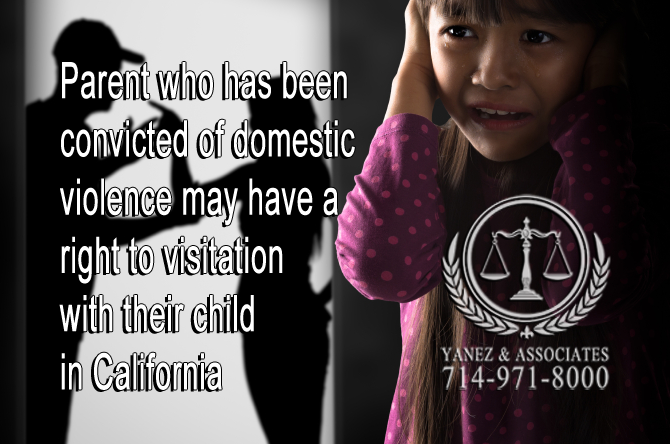 Note: A parent who has been convicted of domestic violence may have a right to visitation with a child

There are four kinds of visitation that a parent may have when it comes to child custody in California: visitation according to a schedule, reasonable visitation, supervised visitation, or no visitation.

Visitation According to a Schedule

When a visitation schedule is ordered for parents who want to make sure that there is no question as to when and how visitation occurs, the court will issue a scheduled visitation order. This means that the specific dates and times that visitation is to occur, including locations, holidays, special occasions like birthdays and family vacations and sometimes how transfers between parents will occur are all included in a visitation schedule.

This leaves little room for confusion and it is easy to show when a visitation order has or has not been followed in a contempt of a court order case. It is common for a parent who has been convicted of domestic violence to have a scheduled visitation order.

When the child’s safety and wellbeing may be at risk, supervised visitation may be ordered. This includes the risk of domestic violence. A supervised visitation schedule only allows a parent to spend time with the child when another adult is present. The other adult may be the other parent, another family member or friend who has been approved by the court or the custodial parent, or a professional.

If the spending time with the noncustodial parent, even under the supervision of another adult, would not be in the best interest of the child no visitation may be awarded. Usually this means that spending time with a parent would be physically or emotionally harmful to the child.

In this case, the parent is still responsible to pay child support.

What if the Domestic Violence Case is Ongoing? 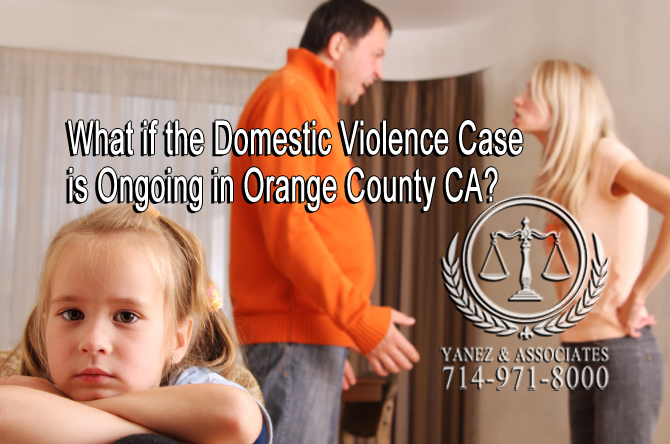 What if YOUR Domestic Violence Case is Ongoing in Orange County CA?

During a domestic violence case, one parent may have a restraining order against the other, which can include a temporary child custody and visitation order. This is usually the case if one parent has accused the other of domestic violence, and believes that the children would be in danger if they were to spend time with the other parent.

A restraining order can require a parent to follow existing child custody orders, and it can prevent a person from spending time, or from spending unsupervised time with children. It can also prevent the parent from living in the child’s home during the case.

Following a domestic violence trial, the judge can issue a permanent custody order based on the outcome of the trial. It is in the accused parent’s best interest to follow all custody and visitation orders during the trial to a tee to increase the chances of having custody of or visitation with the child following the close of the case.

If you are unsure how your Criminal Domestic Violence Case will Impact your Child Custody and Visitation rights in Orange County California, contact us for a free consultation ASAP!

If you have questions about your child custody case, or how a domestic violence case or a history of domestic violence might affect your child, it is important to discuss your family situation with a qualified attorney. Your lawyer can provide you with the most relevant information to your family, and advise you on the best way to proceed. Contact the attorneys at Yanez & Associates in Orange County to schedule your free initial consultation today.