How Do I File for Child Custody in Orange County CA

Can Custody be modified after CA divorce is finalized?
How to prepare for first meeting with divorce lawyer

How Do I File for Child Custody in Orange County CA if Dad does not live in California?

FAQ: How Do I File for Child Custody in Orange County CA? The most important thing when it comes to dealing with child custody across state and country lines is to hire a child custody attorney who has experience working with interstate and international custody cases. California custody laws are only applicable in California, and they can be complicated when it comes to enforcing them across state or international lines.

In the United States, all states and the District of Columbia are a part of the Uniform Child Custody Jurisdiction and Enforcement Act (UCCJEA), which is a law that determines which court has jurisdiction to make a custody order, and which courts must enforce an order that has already been created.

Interstate Child Custody: When You Live in California, but your Child’s Father Lives in Another State 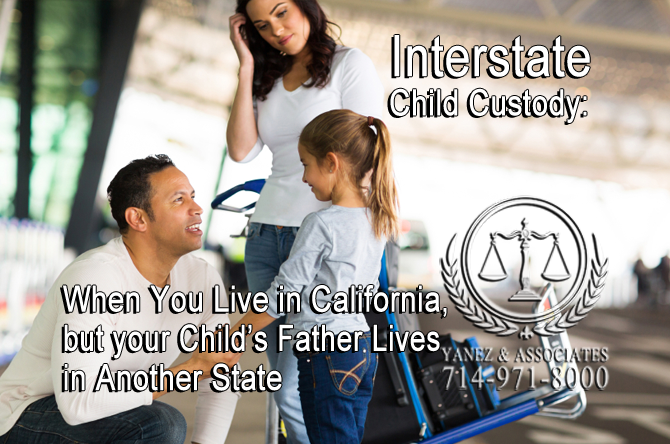 If you live in California, and you wish to file for custody of your child while the child’s father is living in another U.S. state, discuss your case with a child custody attorney who has experience in interstate custody cases.

Depending on your situation, you may need to file for custody in a state other than California.

• The state (California) is considered the child’s ‘home state’. A child’s home state is the state where the child has lived for at least the last six months. If a child’s parent took the child from his or her home state without a custody order, that state may still be considered the child’s home state.
• The child has meaningful relationships or significant connections with people in the state. This can be a relationship with a teacher, doctor, grandparent, or another relationship. If it can be shown that the child’s care, protection and personal relationships are based in California, you may file for child custody in California.
• If the child is in the state (California) currently, and would be put in danger by returning to the state where the child’s other parent lives. This also applies if the child has been abandoned, or would face neglect or abuse in the other state.
• If no other state meets any of the above requirements, or if a state that does the Central Authority’s job meet one of the above has failed to make a custody decision. 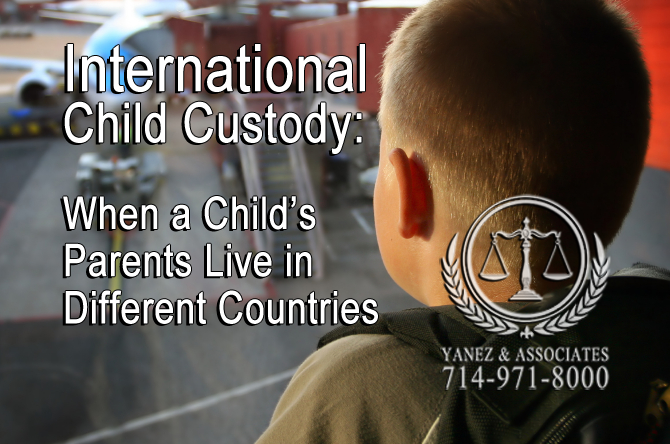 Over 90 countries have joined the Hague Convention, which is a treaty between countries for child abduction, adoption and custody cases. The convention helps to determine how to handle these cases, usually once a custody order has already been created.

Because every country is sovereign nation, and cannot interfere with the legal systems, judiciaries or law enforcement in any other country, court orders like custody orders that are created in the United States may not be recognized in other countries. If you can create a custody order in California based on the criteria listed above (under Interstate Child Custody), then the Hague Convention determines whether to return a child to the United States once he or she has been removed from the country. In the United States, custody orders are enforced based on interstate custody laws and the Uniform Child Custody Jurisdiction and Enforcement Act.

The Hague Convention can help in the following ways.

• It helps determine whether to return a child to California, based on whether it is considered the child’s habitual residence, whether visitation rights exist, and whether it is safe to return the child.
• Every country that has ratified the Hague Convention has a Central Authority, which acts as a point of contact between parents and foreign governments.
• The Central Authority’s job is to locate children who have been abducted and encourage the parents to return their children home.
• To have your child returned to the United States, you do not necessarily need a custody order. The Hague Convention is concerned with the child’s country of habitual residence.

If the child would be put at risk by returning to his or her country of habitual residence, the Hague Convention may not apply.

Traveling with Children and Staying in Touch 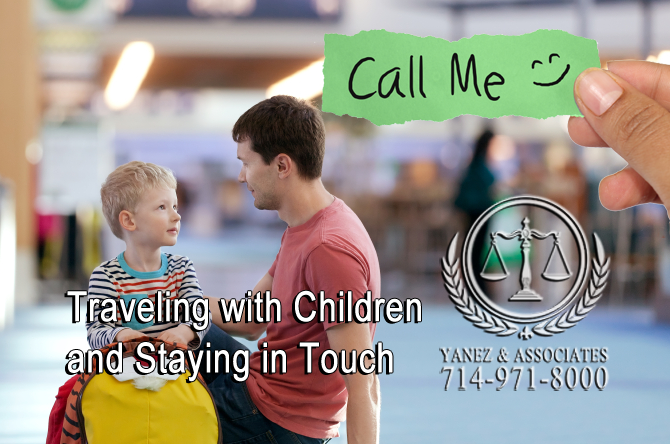 It is usually in the best interest of the child to spend time with both parents. Once you have created a custody order in California, your child will likely spend time away from you in another state or another country, with the other parent.

Usually, to take a child out of the country, both parents will need to give permission. If your child is taken from the United States without your permission and is not returned, you may have to invoke the Hague Convention.

If you live in California and would like to create a child custody order, whether your child’s other parent lives in California, another state, or another country, contact a custody attorney to discuss your case. The attorneys at Yanez & Associates are available to help - contact us today to schedule your free initial consultation.

Can Custody be modified after CA divorce is finalized?
How to prepare for first meeting with divorce lawyer