What should I bring to my free consultation with my family law Lawyer?

It is recommended you bring current paycheck stubs for the last 3 to 4 months; moreover,

your spouse’s paycheck stubs as well. Income tax returns for state and federal.

•    Any written agreements with spouse

•    Estimated worth of household goods

•    Write down your concerns and questions for the family law attorney to make the best of your free consultation.

Cons: Premarital agreements can compel you to renounce your right to inherit from your spouse's estate when he or she dies. California law, entitles a spouse to a share of the estate even if the spouse does not includes such a stipulation in the will. If you contribute to the continuing success and growth of your spouse's business or professional practice by entertaining clients and taking care of the home, etc., thus allowing him or her to focus on professional endeavors, you may not be entitled to claim a share of the increase in value if you agree otherwise in a premarital agreement. This increase in value may be considered divisible marital property.  Starting a marital relationship with a contract that sets forth the particulars of what will happen upon the death of your spouse or the termination of your marriage can engender a sense of lack of trust.  A low- or non-wage-earning spouse may not be able to sustain the lifestyle to which he or she has become accustomed during the marriage if the agreement substantially limits the amount of spousal support to which that spouse is entitled. In the "honeymoon" phase of a relationship, one spouse may agree to terms that are not in his or her best interests because he or she is "too in love" to be concerned about the financial aspects and can't imagine the marriage coming to an untimely end.

What is a Dissolution?

What is the difference between a divorce, a legal separation and an annulment? 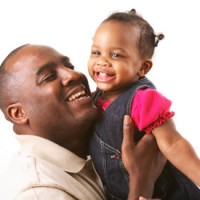 What is the difference between Child Custody and Visitation?

What is Legal Custody?

What is Physical Custody?

What is Sole Custody?

A parent with "sole custody" of a child usually has exclusive physical and legal custody rights concerning the child. Sole custody arrangements are rare, and are usually limited to situations in which one parent has been deemed unfit or incapable of having any form of responsibility over a child -- for example, due to drug addiction or evidence of child abuse. In sole custody situations, the child's other parent (also known as the "non-custodial" parent) has neither physical nor legal custody rights, but may be entitled to periods of visitation with the child (though those visits may be supervised, especially in situations involving domestic violence or child abuse).

What is Joint Custody?

In child custody situations, "joint custody" usually refers to one of two possible scenarios: joint legal and physical custody, or joint legal custody. In true "joint custody" arrangements, parents share equal "legal custody" and "physical custody" rights. This means that parents participate equally in making decisions about the child's upbringing and welfare, and split time evenly in having day-to-day care and responsibility for the child -- including the parent's right to have the child live with them.

Joint custody--sometimes referred to as shared custody or shared parenting--has two parts: joint legal custody and joint physical custody. A joint custody order can have one or both parts.

Joint legal custody refers to both parents sharing in major decisions affecting the child. The custody order may describe the issues on which the parents must share decisions. The most common issues are school, health care, and religious training (although both parents have a right to expose the child to their respective religious beliefs). Many joint custody orders specify procedures parents should follow in the event they cannot agree on an issue. The most common procedure is for the parents to consult a mediator.

Joint physical custody refers to the time the child spends with each parent. The amount of time is flexible. The length of time could be relatively moderate, such as every other weekend with one parent; or the amount of time could be equally divided between the parents. Parents who opt for equal time-sharing have come up with many alternatives such as: alternate two-day periods; equal division of the week; alternate weeks; alternate months; and alternate six month periods. If the child is attending school and spends a substantial amount of time with both parents, it usually is best for the child if the parents live relatively close to each other.

How is Child Support determined?

In 1984 California law established minimum levels of child support and required the courts to establish guidelines for awards of child support above the statutory minimums. This is known as the Child Support Guideline. To calculate the minimum amount of child support to be paid by a parent, the law directs a judge to first add up the total net monthly incomes of both parents. Then, the percentage of that income that is being earned by the non- custodial parent must be determined. Finally, that percentage is multiplied by the applicable level of welfare payments for the number of children in the household. The result of this calculation is the minimum child support. It should be understood that in the vast majority of cases, the court orders child support above the minimum level, as determined by local support guidelines. The majority of child support orders are paid under the Child Support Guideline. The guideline is based on a complicated mathematical formula.

How long is child support supposed to be paid?

How is the Amount of Spousal Support Determined?

Unlike child support, which in most states is mandated according to very specific monetary guidelines, courts have broad discretion in determining whether to award spousal support and, if so, how much and for how long. The court may consider the following factors in making decisions about spousal support awards: the age, physical condition, emotional state, and financial condition of the former spouses; the length of time the recipient would need for education or training to become self-sufficient; the couple's standard of living during the marriage; the length of the marriage; and the ability of the payer spouse to support the recipient and still support himself or herself.