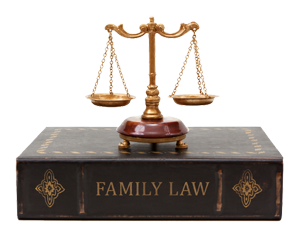 Spousal Support (Alimony) - previous known as "alimony". Spousal support is not obligatory in most states. Though, if the conditions are such that a spouse will face hardships; for instance, if he or she does not obtain financial support after the divorce, then spousal support must be considered.

Divorce - "Uncontested vs. Contested" - one where the partners can arrive at a decision as to the terms of the divorce without going to trial. Uncontested divorces progress much quicker through the court structure and are therefore less costly.

Domestic Violence/Temporary Restraining Orders -TRO - An order from a court directing a person not to do something, such as to make contacts with another, go into the family home or remove a child from the state. Restraining orders are normally issued in cases in which spousal abuse or stalking is feared - or has taken place - in an effort to ensure the victim's safety. Restraining orders are also generally issued to cool down ugly disagreements between parties.

Legal Separation - is a likely step towards divorce under United States courts. Couples are legally separated if they have successfully petitioned the court to acknowledge their separation; merely living separately does not form separation for these intentions. A period of legal separation constitutes grounds for divorce; the duration of that period varies from state to state.

• Annulment - is a legal process for asserting a marriage null and void. Annulment varies from divorce where the court terminates an otherwise legal marriage on a specific date.Legal separation does not by design lead to divorce. The couple may reunite, in which case they need do nothing in order to stay married. If they do not reconcile, and want to divorce after the statutory time period, they have to file for divorce.

Property Settlement/Property Division - Community Property and Separate Property - California is a community property state. Which means that both spouses are deemed to evenly own all money earned by either one, from the start of the marriage until the date of separation.