What is an Ex Parte Order in Orange County, California?

Learn about, What is an Ex Parte Order in Orange County, California and is an Attorney needed for the process?

What is an Ex Parte Order in Orange County, California?: In some situations, especially those which put you or a child at risk of violence or abuse, quick, effective legal action is required. If you are facing domestic violence, child abuse, or a similar situation, contact law enforcement immediately.

If you are facing immediate danger, an ex parte order can be issued in California in under 24 hours, as long as certain requirements are met in an emergency situation, in order to provide immediate protection.

The following is a basic overview of ex parte orders in Southern California, with some specific information regarding Orange County.

What Does Ex Parte Mean? 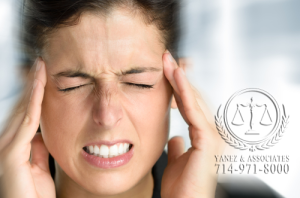 Latin for “one sided”, legally speaking, ex parte is when judicial proceedings are conducted for the benefit of only one party. The opposing side may not tell his or her version of events prior to the issuance of the ex parte order.

In the California legal system, when it is determined that emergency judicial relief is necessary, the party in need can apply to the court to request that relief is granted with less than 24 hours notice, as long as the request is made before 10:00AM (the 10:00 deadline may vary by county in California) the day prior.

Relief can be granted in the form of a court order, which is intended to remove the party in need from the immediate danger temporarily, until a hearing can be held. In California, the hearing must be within 21 days of the applicant filing for the ex parte order.

An ex parte order will only be granted in an emergency situation. 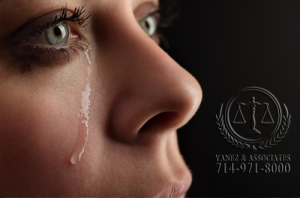 Generally, it can take up to six weeks to hold a hearing regarding a legal issue. An ex parte order can be granted in an emergency situation to provide protection up until the date of the hearing.

This means that if you are living with an abusive partner, an ex parte order may be granted to remove the abuser from the home. At the hearing, it can be determined whether the order should be extended or made permanent, or if it should be removed.

Due to the protections granted under the Fifth and Fourteenth Amendments to the Constitution, an ex parte order may only be granted in emergency situations, and only temporarily, until a hearing can be held.

Fifth Amendment - “No person shall be held to answer for capital, or otherwise infamous crime, unless on a presentment or indictment of a Grand Jury… nor be deprived of life, liberty, or property, without due process of law…”

Both of these amendments explicitly grant every citizen of the United States protection from the deprivation of life, liberty and property without the due process of law. Because an ex parte may order a person to leave their home or property, or to stay away from certain locations where the requesting person may be, and may require them to pay support payments before a hearing has been held or the alleged abuser has an opportunity to rebut the claims against him or her, technically an ex parte order can deprive the accused person from liberty and property prior to judicial proceedings.

An ex parte is granted based on certain criteria, in order to protect a person from danger in an emergency, and a hearing must be scheduled in order to make the order permanent.

How Do I Obtain an Ex Parte Order in Orange County? 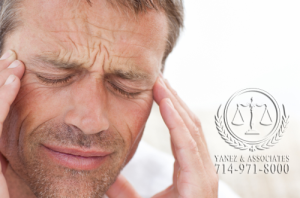 Information on How to Obtain an Ex Parte Order in Orange County?

Certain criteria must be met before the order may be granted. The applicant needs to prove that serious or great injury would be caused if protective legal action is not taken immediately, and a hearing cannot be more than 21 days after the applicant files for the ex parte order.

In the OC, the Court will only consider those ex parte applications in which the applicants have provided competent factual evidence that shows that the applicant or a child is in immediate danger, and that ex parte relief is necessary.

In order to apply for an ex parte order, the applicant must:

• Give notice to the other parties of the relief sought, and the time and place the application will be made no later than 10:00 AM the day before. This affords the opposing party the opportunity to rebut the order.
• Assemble the application package, consisting of the application, a memo of the law, facts and evidence in support of the request for the order, a declaration containing factual evidence that shows that immediate relief is necessary, and a declaration showing that the other party was notified no later than 10:00 AM the day prior to the hearing.

In the Orange County court, all applications and supporting documents, including proof of service to the opposing party must be eFiled no later than 10:30 AM the day prior to the hearing.

If you’re facing immediate danger, you may be eligible for an ex parte order in the OC. While you can go to the courthouse on your own and file the paperwork, due to the serious nature of ex parte orders and the rights granted in the United States Constitution, applications that are not appropriately filled out may be rejected.

I can answer your question on: "What is an Ex Parte Order in Orange County, California?"