Will OC family law judge allow my child to testify

Will an OC Family Law Judge Allow my Child to Testify and Decide Which Parent to Live With in my Child Custody Case?

Will OC family law judge allow my child to testify? In the last few years in California, children have had the opportunity to share their opinions on child custody like they never have in the past. Usually, only older children have this option, and whether they have to testify in court depends on how the parents choose to determine child custody. Litigation is one option, but it can be one of the most stressful for a child. 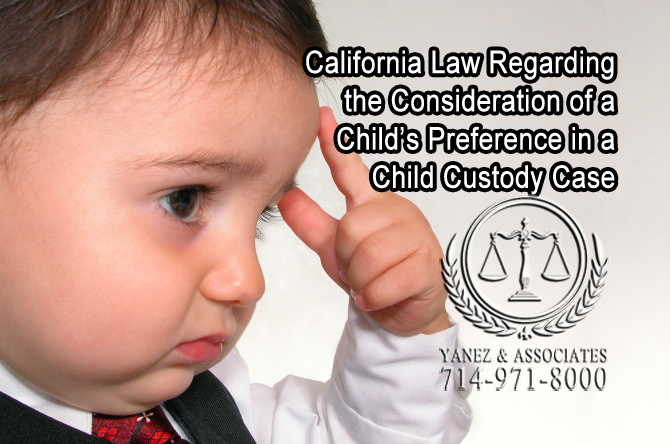 As of January 1, 2012. California Family Code section 3042 states: If a child is of sufficient age and capacity to reason ...

In regard to determining child custody in California, the law has changed as recently as January 1, 2012. California Family Code section 3042 states the following:

Section B also says that in addition, the court will take certain measures to protect the child and his or her opinion during the interview.

The code continues with section D, which ensures that although children who are 14 and older should be given an opportunity to express an opinion if it is in the child’s best interest, that does not mean that a child who is under 14 at the time of the custody proceedings should be denied the opportunity to share his or her opinion as long as doing so is in the best interest of the child.

Prior to hearing the opinion of a child, a judge may ask for input from a professional, such as the minor’s counsel, a mediator, or a child custody evaluator. That professional, the judge, or either party’s attorney may indicate that the child wishes to share his or her opinion with the court.

Children are in no way obligated to address the court regarding child custody. The law also indicates that the Court must have a reason, stated on record, for choosing not to allow a child of any age to testify. 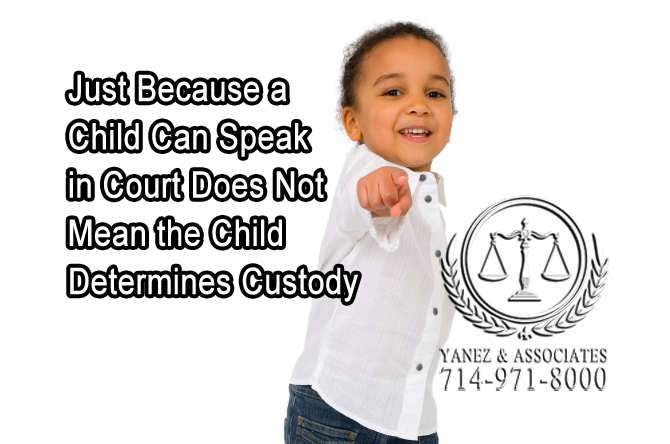 While a judge may consider a child’s opinion, the child does not make the decision regarding his or her own custody or visitation with parents.

In some cases, a child’s opinion may be biased or not based on his or her own best interests.

Parent Conditioning - When a parent conditions a child to think a certain way, the child’s opinion is invalid because one parent has used emotional pressures like guilt to sway the child’s voice.

Child Manipulation or Discipline Escape - Usually this issue arises with older children, who believe that one parent will be more lenient with discipline, or less stressful in social situations. The parent who acts less like a parent and more like a friend may not actually be looking out for the best interest of the child, but the child may prefer to spend time with that parent.

Mental or Emotional Abuse - In any relationship, emotionally, verbally or mentally abusing a child can affect his or her actions and opinions in favor of the abuser.

If any of these situations arise, it is not only important for the judge to see through the child’s opinions and wishes, but that he or she makes a custody agreement that is in the best interest of the child.

If you are a parent who is facing a child that does not wish to spend time with you due to one of these circumstances, discuss your case with your family law and child custody attorney as soon as possible to build your case and protect your parental rights and the best interests of your child.

How is a Child’s Opinion Brought in Front of the Judge Without Bias? 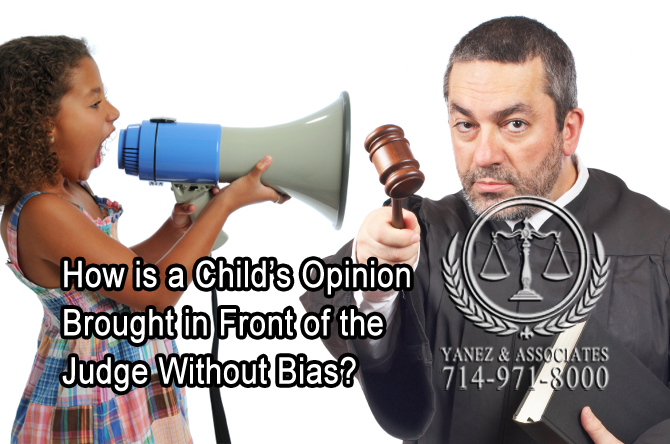 Every court and every judge may have a unique way of obtaining the child’s opinion. The law allowing the child to state his or her opinion has only been in effect since January 1, 2012, so many judges are still figuring out how to apply the law to the courtroom.

The law ensures that the judge considers several things when obtaining the child’s opinion.

We are located in the City of Orange, two blocks south of the OC family law courthouse, contact us for a free consultation