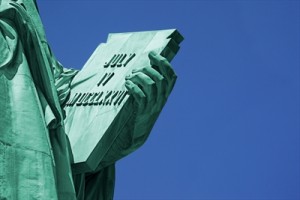 Permanent Residency) in the United states.

A lawful permanent resident is a foreign national who has been granted the privilege of permanently living and working in the United States.

1. The USCIS must approve an immigrant visa petition

3. If you are already in the United States, you may request to adjust your status to that of a lawful permanent resident after a visa number becomes accessible. This is one way you can apply to obtain an immigrant visa number.

Section 264 of the Immigration and Nationality Act states that, "Every alien in the United States shall be issued a certificate of alien registration or an alien registration receipt card in such form and manner and at such time as shall be prescribed under regulations."

Any alien who does not comply with the provisions shall be guilty of a misdemeanor."

What is a Permanent Resident Card?

Who Should Renew a Permanent Resident Card?

How Do I Apply to Renew My Green Card?

If you are a lawful permanent resident whose ten-year I-551 has expired or will expire within the next six months, you may renew your Form I-90.

You may,  request to modify your name on your new card ( marriage, legal name change, or divorce) at the time your application for a renewal card is submitted. A copy of your marriage certificate, divorce decree or court order as evidence of the legal name change will be required.

Adjustment of Status - I am in the United States and would like to adjust status. How do I do that?

Cuban Adjustment Act - provides for a special procedure under which Cuban nationals or citizens, and their accompanying spouses and children, may obtain a haven in the United States as lawful permanent residents.

The Cuban Adjustment Act of 1996 (CAA) grants a special process under which Cuban natives or citizens, and their accompanying immediate family (spouse and children), may gain a sanctuary in the United States as lawful permanent residents. The Cuban Adjustment Act of 1996 gives the Attorney General the option to allow permanent residence to Cuban natives or citizens looking for adjustment of status if they have been in the United States for at least 1 year after admission or parole and are admissible as immigrants. Their applications for adjustment of status may be accepted even if they do not meet the normal requirements for adjustment of status under section 245 of the Immigration and Nationality Act (Act). Since the caps on immigration do not apply to adjustments under the CAA, it is not necessary for the alien to be the receiver of a family-based or employment-based immigrant visa petition.

On September 30, 1996, Congress passed the Illegal Immigration Reform and Immigrant Responsibility Act (IIRIRA). It made numerous thorough modifications to the immigration laws. For instance, IIRIRA stated that arrival in the United States at a place other than an open port-of-entry is a ground of non-acceptability. Hence, following grave consideration of IIRIRA, it was established that a Cuban native or citizen who arrives at a spot other than an open port-of-entry may still be entitled for adjustment of status.

The CAA applies to the alien’s spouse and children regardless of their country of citizenship or place of birth, provided:

- the relationship continues to exist until the dependent spouse or child adjusts status;

- they are residing with the principal alien in the United States;

- they make an application for adjustment of status under the Cuban Adjustment Act;

they are eligible to receive an immigrant visa; and

- they are otherwise admissible to the United States for such permanent residence.

Note that the Immigration and Nationality Act defines “child” so that a person’s son or daughter must be unmarried and not yet 21 years old to qualify as that person’s “child.” Step-children, adopted children, and children born out of wedlock can qualify as “children” for purposes of CAA adjustment, if the claimed parent-child relationship meets the requirements specified in section 101(b)(1) of the Immigration and Nationality Act.

- A separate Form I-485, Application to Register Permanent Residence or Adjust Status, along with the fee, for each applicant;

- A copy of the applicant’s birth certificate or other birth record with translation, if available;

- An additional fee for fingerprinting, if the applicant is 14 years of age or older;

- Two photographs as described in the Form I-485 instructions;

- A completed Biographic Information Sheet (Form G-325A) if the applicant is between 14 and 79 years of age;

- A copy of the applicant’s Arrival-Departure Record (Form I-94) or other evidence of inspection and admission or parole into the United States;

- Medical with Vaccination Supplement; and

- Evidence of one year’s physical presence in the United States.

An alien may apply to adjust to Lawful Permanent Resident Status under the Cuban Adjustment Act one year and one day after the date he or she was admitted or paroled.