What is an Annulment?

What is an Annulment? 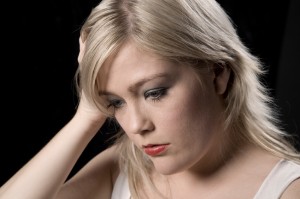 Consult with an annulment attorneys in Orange County Ca

An Annulment is a legal process for stating a marriage is null (untrue) and void (canceled). It is different from a divorce (a divorce dissolves a marriage), an annulment it is generally backdated, signifying that an annulled marriage is judged to be untrue from the start virtually as if it had at no time taken place; however, certain jurisdictions stipulate that the marriage is only void from the date of the annulment.

Annulments are connected with the Roman Catholic Church, which believes marriage is a permanent vow and cannot be ended through a divorce, but can be annulled if wrongly entered into the marriage.

Grounds for an annulment differ by jurisdiction but typically they include:

• Deception or misrepresentation - for instance, one of the individuals at present may be married to someone else or may have hid the truth that they are infertile.

• Concealment - for instance, the spouse may have hidden a drug dependency, former criminal record or having a STD (sexually transmitted disease).

• Lack of ability or refusing to have intercourse.

• Confusion - for instance, opposing ideas such as the desire to have children.

Annulments are mainly common when couples have not been married for a long period of time. The Britney Spears annulment made the news in 2004 after she dissolved the marriage to her childhood sweetheart Jason Allen Alexander. Britney Spears claimed she "lacked understanding of her actions …etc.”. Her annulment was granted within a couple of hours.