Family based visa applicants who’s immediate relatives spouses, children and parents of United States Citizens can begin applying for provisional unlawful presence waivers before leaving the United States for their visa interview at a United States Embassy or consulate

It is hoped that this process will reduce the period that U.S. citizens are separated from their immediate relatives during the process of obtaining permanent residency. 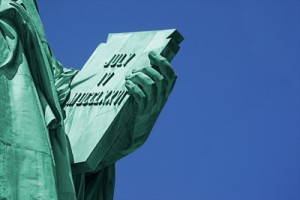 Current immigration laws require immediate relatives of U.S. citizens to travel outside of the United States.  If you have over 180 days of unlawful presence then you must apply for a waiver of inadmissibility under section 212(a)(9)(B) of the Immigration and Nationality Act before returning to the United States. Existing laws call a relative can not file form I-601, Application for Waiver of Grounds for Inadmissibility, only after they depart and appear before the Department of State consular officer and the officer makes the determination that they in fact are inadmissible into the United States.

What You Need to Know about the New Process:

•   If and when a provisional unlawful presence waiver is approved, it will only take effect after the following occurs:

2. A DOS consular officer determines that you are otherwise admissible to the United States and eligible to receive an immigrant visa.

•   If you are in removal proceedings, you are ineligible for a provisional unlawful presence waiver unless, at the time you file your Form I-601A, your proceedings are administratively closed and have not been put back on the Department of Justice, Executive Office for Immigration Review (EOIR) calendar to continue your removal proceedings.

Who is Eligible for the New provisional waiver 2013:

All of the listed requirements must be met by you in order for you to be qualify for a provisional unlawful presence waiver:

5. Be able to demonstrate that refusal of your admission to the United States will cause extreme hardship to your U.S. citizen spouse or parent.

6. Be present in the United States to file your application for a provisional unlawful presence waiver and provide biometrics.

7. Not have been scheduled for an immigrant visa interview by DOS before January 3, 2013.

8. Meet all other requirements for the provisional unlawful presence waiver, as detailed in 8 CFR 212.7(e) and the Form I-601A and its instructions.

Who is  NOT eligible for the New provisional waiver 2013:

You are not eligible if any of the following conditions apply to you: (See excerpt directly from the USCIS website).

1. You are subject to one or more grounds of inadmissibility other than unlawful presence.

2. DOS initially acted before January 3, 2013, to schedule your Immigrant Visa (IV) interview for the approved immediate relative petition upon which your provisional unlawful presence waiver application is based, even if your immigrant visa interview has been canceled, you failed to appear for the interview, or your interview was rescheduled on or after Jan. 3, 2013.

Note:  The date and time that you are scheduled to appear for your immigrant visa interview at the U.S. embassy or consulate you designated is not the date USCIS will use to determine if you are eligible to file a Form I-601A. If DOS initially acted before Jan. 3, 2013, to schedule your immigrant visa interview, you are not eligible to file a Form I-601A, even if you failed to appear for your interview or if you or DOS cancelled or rescheduled your interview on or after January 3, 2013.

Instead, you may file a Form I-601, Application for Waiver of Grounds of Inadmissibility, from outside the United States after you have been interviewed for your immigrant visa, and the consular officer has found that you are inadmissible for a ground that may be waived.

3. You are in removal proceedings that have not been administratively closed.

5. You do not meet one or more of the requirements, as outlined in the Form I-601A and its instructions.

How to Apply for the New provisional waiver 2013: 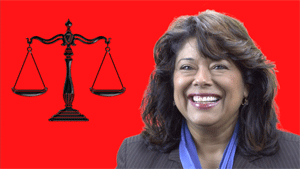 For assistance in filing for a provisional unlawful presence waiver