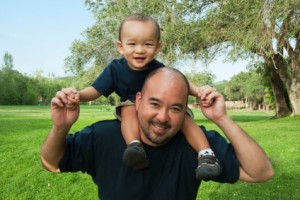 There are countless fathers confronted with an impending divorce. Many are dealing with property distribution, child visitation, custody and support issues.

Numerous Dads are being separated from their children due to a move-away, divorce, domestic disputes and many other reasons. In some cases Dads may have brought the problems upon themselves; however, too many Father’s are often separated from their children because they feel that the courts will automatically award custody to the mother and or for unfair reasons, through no fault of their own.

I myself am a product of this endless cycle and as a child I watched this drama unfold before me. Yes, today I feel I was used as a pawn during those earlier years. It was not until my later years in life that I finally understood, there were two sides to the story.  It is for this reason that I champion for the minor children who ultimately will need to know that both parents will love them no matter what.

I have years of experience representing mothers and fathers.  Nevertheless, if I come across a situation, in which the father is in need of legal representation and has been an integral part of the children’s lives, I will advocate just as strongly for a father as I have done for a mother.  Because in the end the important thing to remember is that each must act and obtain custody and visitation schedules that are in the best interest of the children.

I am often asked about Father’s Rights, some people feel that the family court favors mothers/women. The court is supposed to be blind to sex, race; economic backgrounds. The family law code says that child custody should be given 50/50, jointly to both parents, unless there is a reason not to do so. For instance, issues with substance abuse or domestic violence can harm a case.

In a nutshell, years ago the family law courts leaned in favor of the mother. However today things are changing.

The parent with legal custody can make decisions about religion, schooling, and medical care, for instance. In many states, courts frequently award joint legal custody, which means that the decision making is divided equally.

Due to past preferences toward mothers, I recommend you try to find a skilled family law attorney who knows the family law code and is prepared to defend your rights in court if we need to. At the Family Law Offices of Yanez & Associates you will have a Certified Family Law Specialist on your side that is ready to Champion for your Father’s rights and Children’s Rights. Yes, Children have the right to see both parents.