What Documents should I file for my dissolution of marriage?
Can a Separated Unmarried Mother Move Away from California without the Father’s Permission?

I do Not Have a Lawyer, and I was just served with an ex-parte in Orange County CA for Tomorrow. What are my Options?

I was just served with an ex-parte in Orange County CA. When you are served with an ex parte in California, it means that the party that initiated the ex parte believes that he or she has an emergency situation that requires an ex parte order be granted against you prior to a hearing. Once served with the order, it is unlikely that you will have time to prepare a defense before the order is issued. If you do not have a lawyer, an order may be issued against you, and a hearing held within a few weeks.

When you are served, the paperwork should give you some information about the court order that has been requested.

• You should have some information about the type of order that is being requested and why;
• It should let you know when and where the ex parte hearing will be held - usually it will be at least 24 hours from when you are served, but no more than a few days;
• It should state whether or not you are expected to be at the hearing. You have no obligation to appear, however, it is probably in your best interest to appear.

Appear in Court without an Attorney 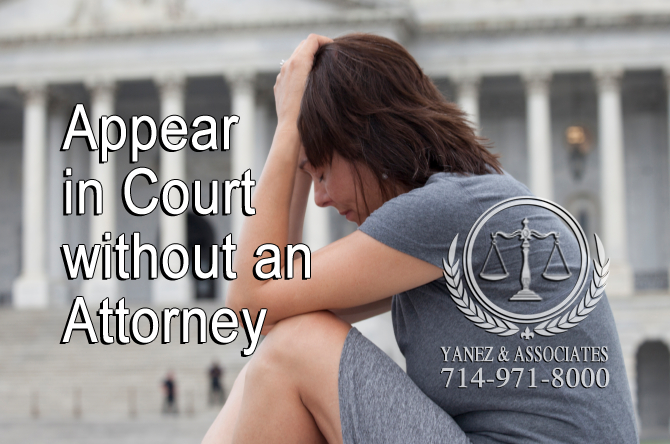 If you opt to Appear in Court without legal counsel, make sure you consult with an Attorney first!

When you are served with an ex parte in California, you will be notified of a hearing that will take place, usually the following day, regarding a court order to be issued against you. You have the right to appear in court and argue with the person who served you if you don’t want the order to be issued.

You may be surprised at the good you can do without an attorney. If the order is granted, or if it is not granted but a hearing is scheduled for several weeks in the future, it is in your best interest to discuss your case with a lawyer, and determine how to move forward from there. The fact that you showed up in court with one day’s notice will only help your case when it does come to court.

At the trial, remember that no testimony is allowed. You cannot present new evidence, however, you can argue with anything that was stated in the original papers that were served on you.

Whether or not You Can Appear in family law Court, File and Serve a Written Response 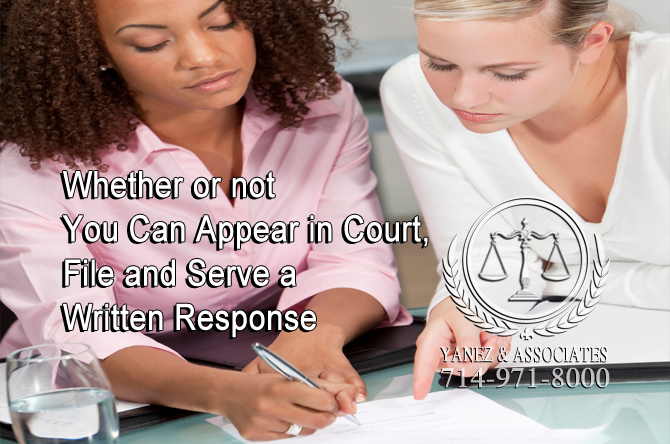 It is never a good idea to ignore an ex-part; therefore, whether or not You Can Appear in family law Court, File and Serve a Written Response

The reason for only providing you with one day’s notice is for the petitioner to obtain a court order without having to wait for the court schedule to open up and hold a hearing. The problem for you in this situation is that it doesn’t leave you much room to defend yourself against the opposing party’s accusations, or even to clear your schedule and get to the hearing the next day.

If you cannot appear in court and the order is issued against you in your absence, it is in your best interest to follow the terms of the order as long as it is valid. This shouldn’t be more than a few weeks, and it allows you to have time to contact an attorney and prepare for the actual court hearing.

To oppose the order, find an attorney, and work with him or her to write an answer to the complaint that was served up on you. Make sure to file this answer with the courthouse and to serve it on the other party, and then to file a proof of service with the court.

Writing an answer means that you will need to respond to everything that was stated in the original claim against you. Be careful not to write any new facts that could potentially incriminate you if the opposing party has not already mentioned them. Keep in mind that unless it is stated in the opposing party’s original claim or your response, information cannot be presented in court.

Unless You File a Response, The Opposing Party Usually Wins by Default 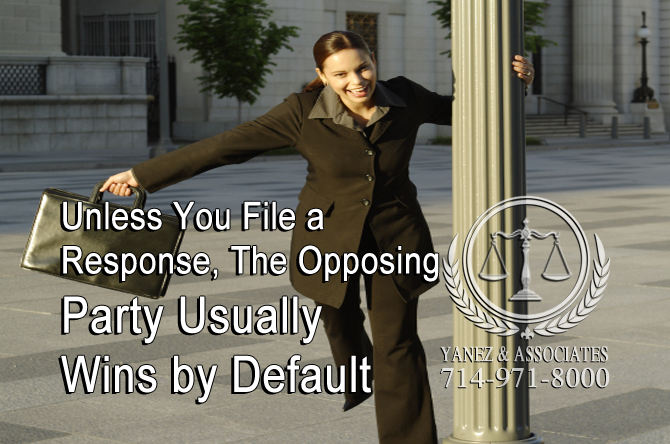 In most cases, Unless You File a Response, The Opposing Party Usually Wins by Default

Whether or not you appeared at the initial hearing, if you wish to oppose the order, you will need to file a written response. Failing to argue with the initial claims in court is the same thing as agreeing; and the other party will likely win by default if you do not respond to their claims.

If you agree with the court order, or if you do not oppose it, then doing nothing is one way to show it. 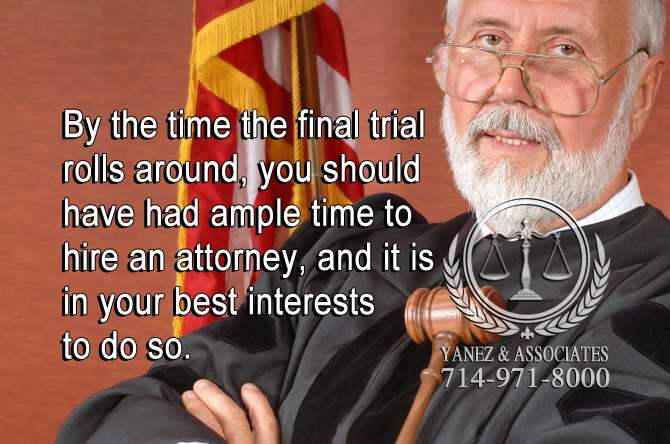 By the time the final trial rolls around, you should have had ample time to hire an attorney, and it is in your best interests to do so.

At this point, the trial is like any other, except that your case can be better or worse depending on how well you followed the terms of the ex parte. Depending on the type of order it was (did it refer to child custody, was it a restraining order, etc.), your case can go one of several ways.

If you have been served with an ex parte in Orange County or Los Angeles, California, it is in your best interests to contact an attorney to discuss your case as soon as possible.

If you can, you should also attend the hearing, even if you only have 24 hours notice.

If the order is granted and a trial is scheduled, you will likely want an attorney at the trial, or one to help you prepare for it. There is no substitute for real legal advice from a qualified professional. Contact the attorneys at Yanez & Associates today to schedule your free initial consultation with a skilled Orange County attorney today.

What Documents should I file for my dissolution of marriage?
Can a Separated Unmarried Mother Move Away from California without the Father’s Permission?

California Family Law
Bettina Yanez
Comments are closed
0
ex parte Appear in Court without an Attorney, ex-parte Unless You File a Response The Opposing Party Usually Wins by Default, exparte - Whether or not You Can Appear in Court File and Serve a Written Response, How to file an ex parte motion in Orange County CA, I do Not Have a Lawyer and I was just served with an ex-parte in Orange County CA for Tomorrow - What are my Options?, Orange County Ex Parte & Court Order Lawyers, What are service requirements for ex parte motions in OC CA